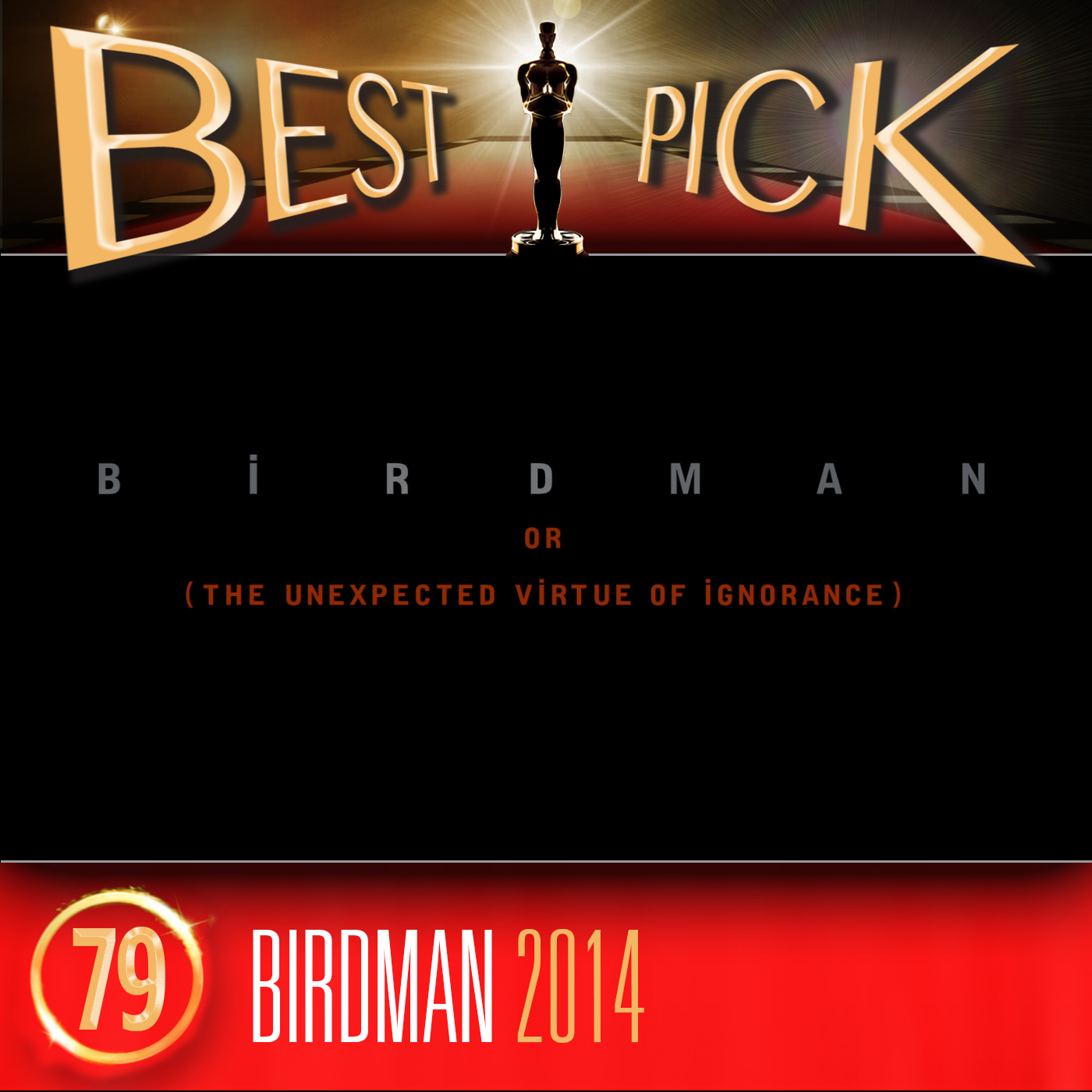 For this episode, we watched Birdman, written by Alejandro G Iñárritu, Nicolás Giacobone, Alexander Dinelaris, Jr and Armando Bó and directed by Iñárritu. The stars were Michael Keaton, Zach Galifianakis, Edward Norton, Andrea Riseborough and Emma Stone. It received nine Academy Award nominations and won four awards including for its screenplay and its cinematography by Emmanuel Lubezki.

Next time we will be discussing Million Dollar Baby. If you want to watch it before listening to the next episode you can buy the DVD or Blu-Ray on Amazon.co.uk, or Amazon.com, or you can download it via iTunes (UK) or iTunes (USA).