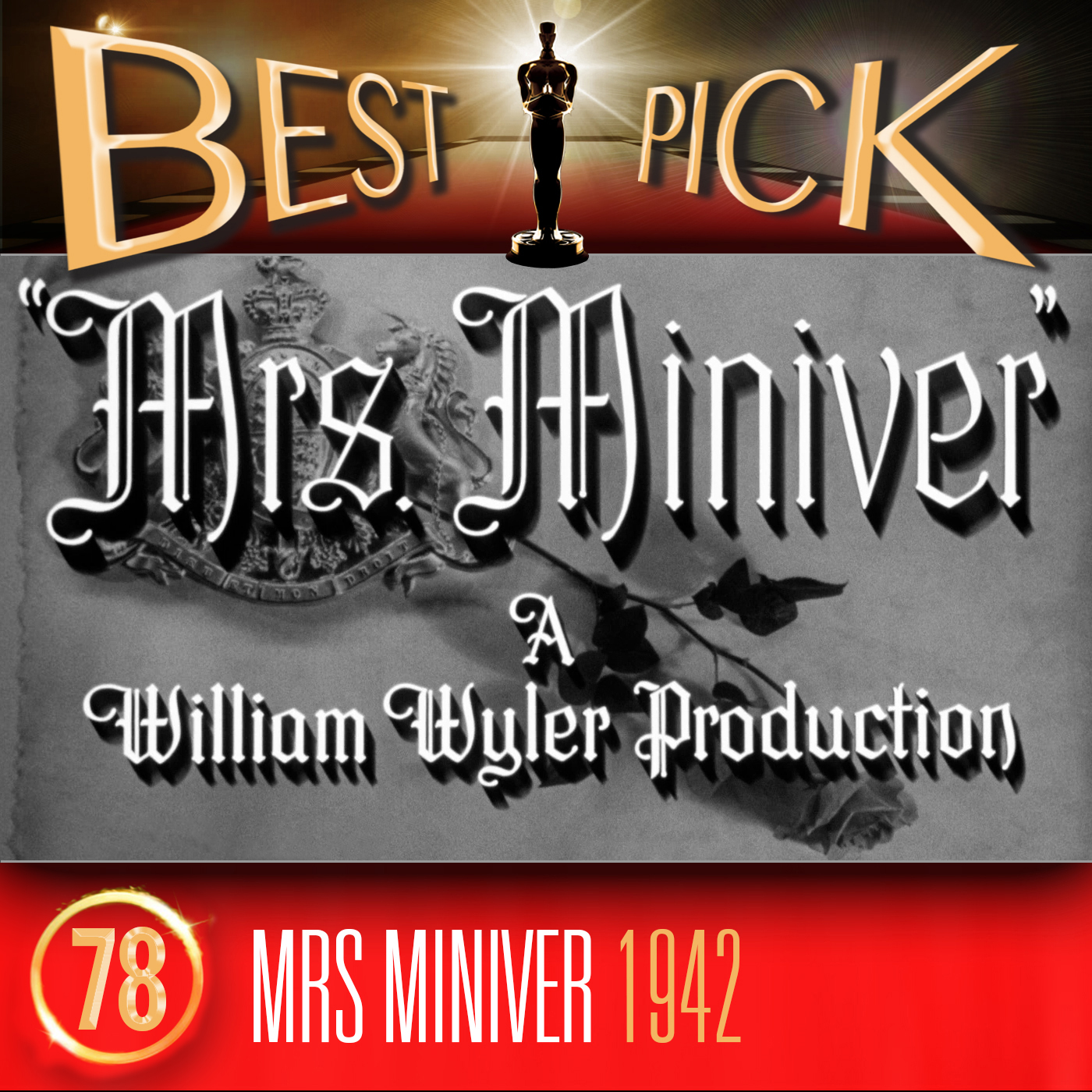 For this episode, we watched Mrs Miniver based loosely on the 1940 novel by Jan Struther. It starred Greer Garson (won), Walter Pidgeon (nominated), Henry Travers (nominated), May Whitty (nominated) and Theresa Wright (won) and was directed by William Wyler (won). It also won for its screenplay and cinematography.

Next time we will be discussing Birdman. If you want to watch it before listening to the next episode you can buy the DVD or Blu-Ray on Amazon.co.uk, or Amazon.com, or you can download it via iTunes (UK) or iTunes (USA).