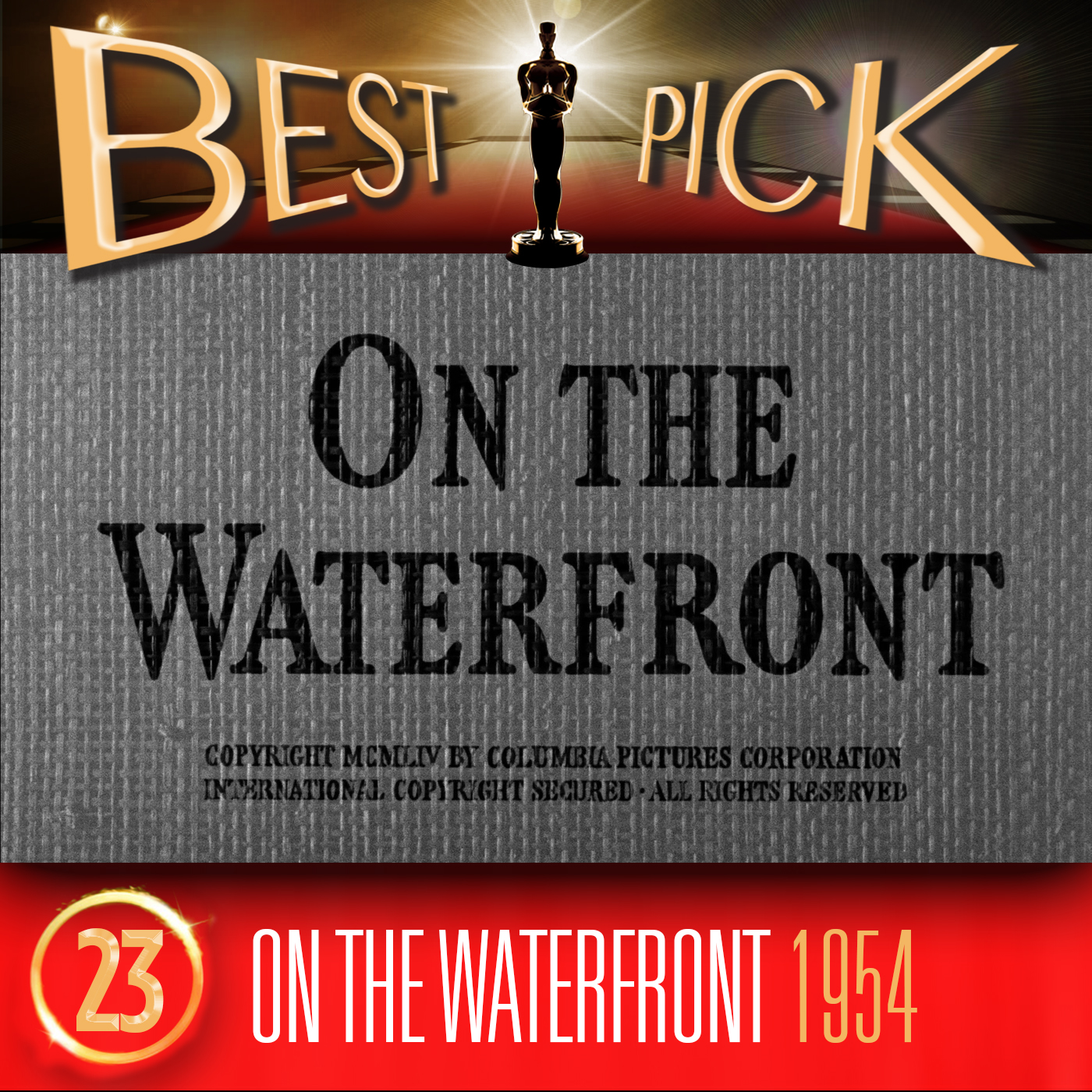 For this episode, we watched On the Waterfront, written by Budd Schulberg (from the series of articles “Crime on the Waterfront” by Malcolm Johnson) and directed by Elia Kazan. The stars were Marlon Brando (Best Actor), Eva Marie Saint (Best Supporting Actress), Lee J Cobb, Rod Steiger, Karl Malden with music by Leonard Bernstein and cinematography by Boris Kaufman.

The film was nominated for twelve Academy Awards, including five acting awards and it won eight, including for its direction and screenplay.

Next time we will be discussing Cimarron. If you want to watch it before listening to the next episode you can buy the DVD or Blu-Ray on Amazon.co.uk, or Amazon.com, or you can download it via iTunes (USA).