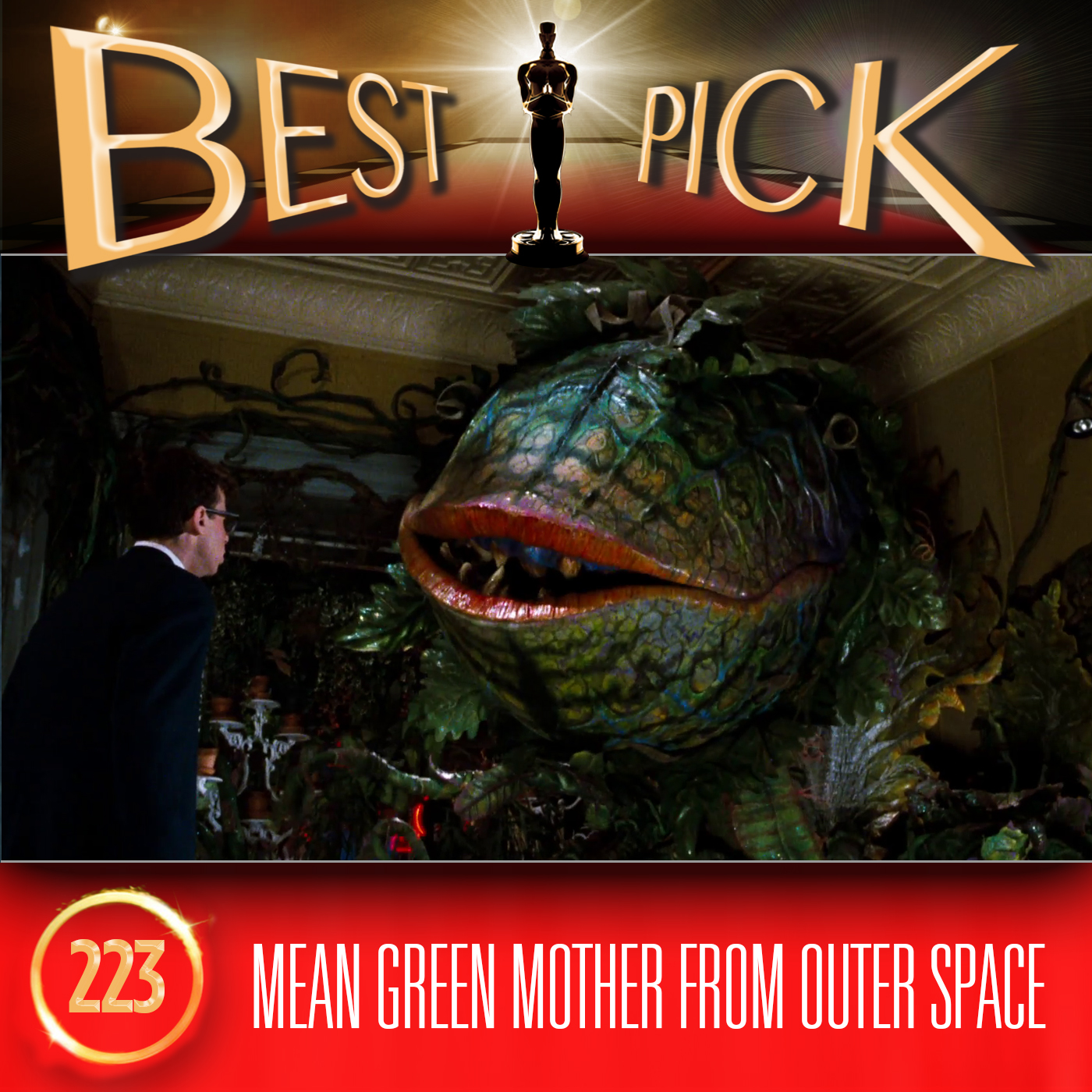 For this episode, we took a deep dive into the creation of one scene in the movie Little Shop of Horrors. The movie was directed by Frank Oz, adapted by Howard Ashman from his off-Broadway play, with music by Alan Menken. In the climactic scene, the malevolent flesh-eating plant Audrey II has grown to 12 feet high and poor benighted Seymour Krelborn (Rick Moranis) is engaged in a battle to the death. Thus begins the song “Mean Green Mother From Outer Space” which was nominated for an Oscar. Every aspect of Audrey II was brought to life on set with a vast team of puppeteers working behind (and very often underneath) the scenes. You can hear how this all worked from plant performers Anthony Asbury, Sue Dacre, Nigel Plaskitt and Robert Tygner.