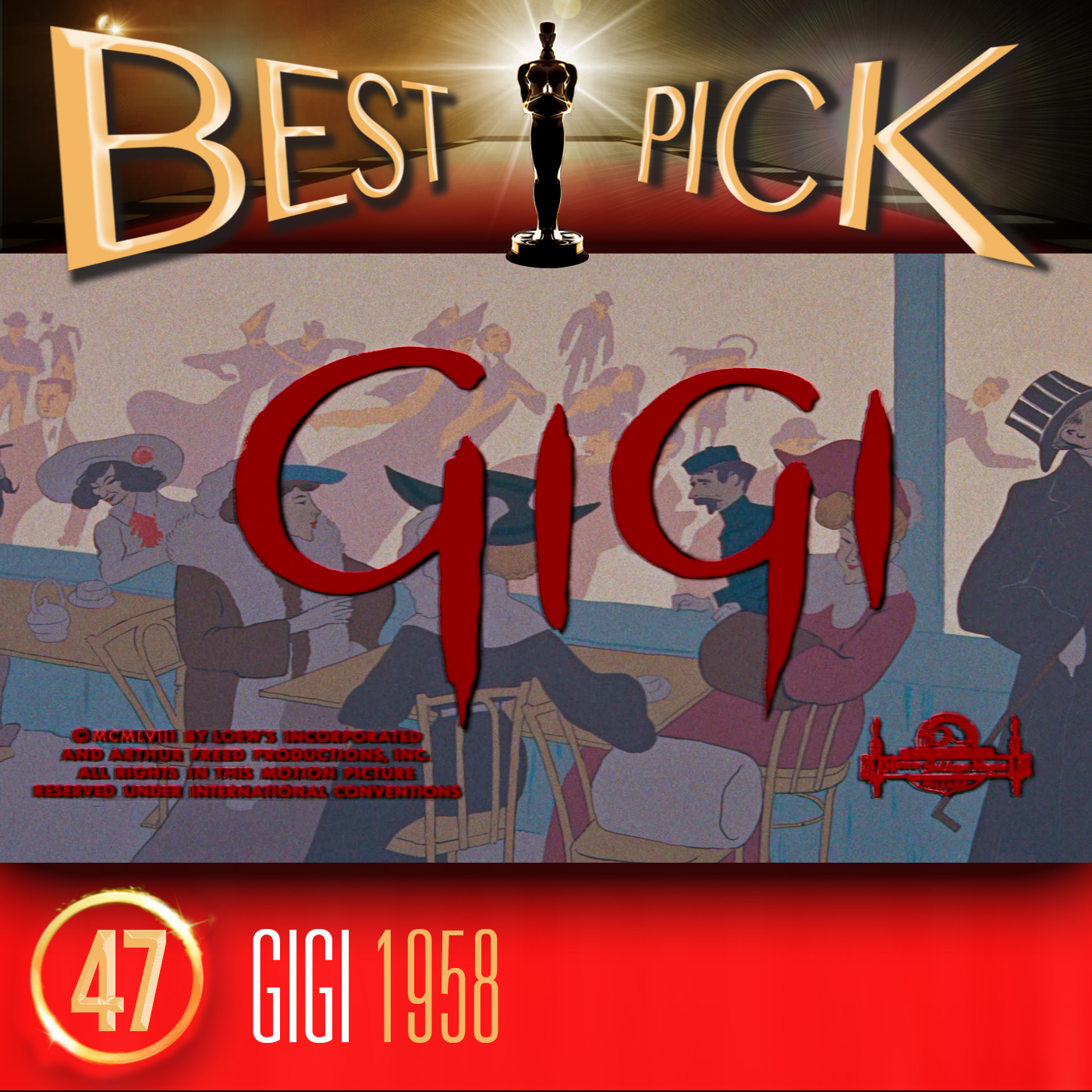 For this episode, we watched Gigi, written by Alan Jay Lerner (won) with music by Frederick Loewe and Andre Previn (won) from the book by Colette. It was directed by Vincente Minelli (won) and produced by Arthur Freed. The stars were Leslie Caron, Louis Jourdan, Maurice Chevalier and Hermione Gingold. It also won for its Art Direction, Cinematography, Costume Design, Film Editing and Best Original Song.

Next time we will be discussing The Greatest Show on Earth. If you want to watch it before listening to the next episode you can buy the DVD (it is not available on Blu-ray) on Amazon.co.uk, or Amazon.com, or you can download it via iTunes (UK) or iTunes (USA).