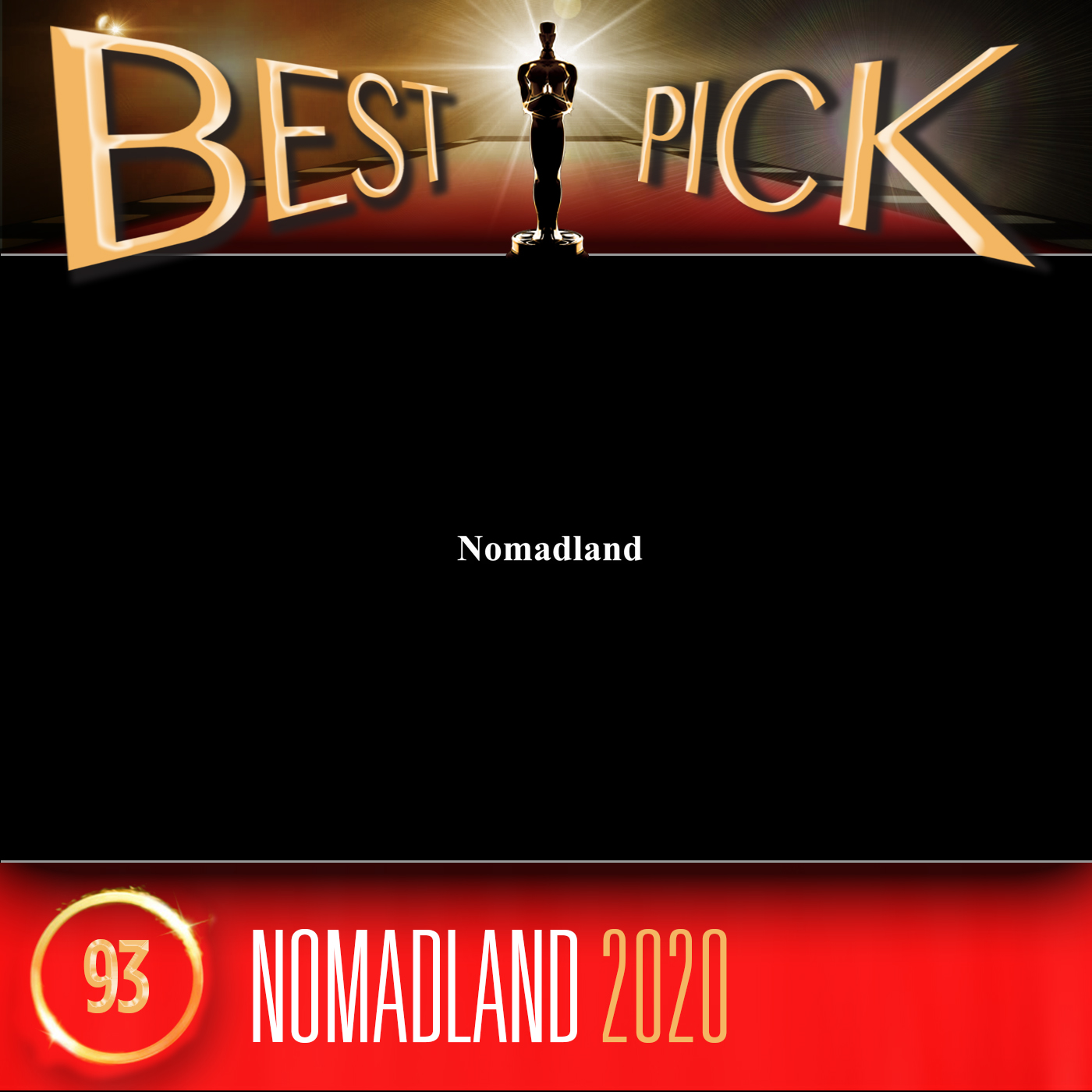 For this episode, we watched Nomadland, written, edited and directed by Chloé Zhao, from the non-fiction book Nomadland: Surviving America in the Twenty-First Century, by Jessica Bruder. Among a cast of non-professional actors, the leads are Frances McDormand and David Strathairn. Music is by Ludovico Einaudi. From six nominations, it won three awards: Best Director for Zhao, Best Actress for Frances McDormand and Best Picture.