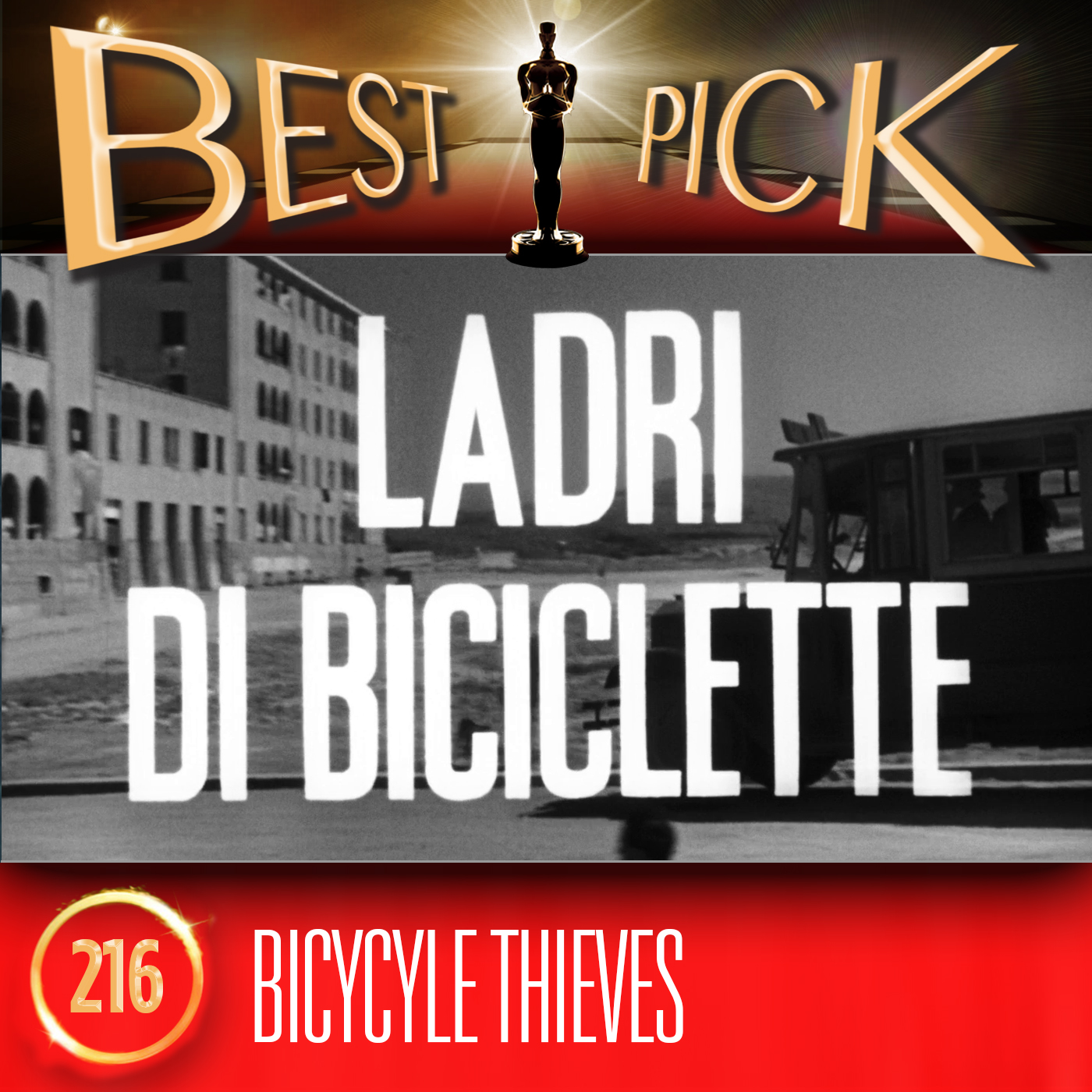 For this episode, we watched Bicycle Thieves, based on the novel by Luigi Bartolini, with a screenplay by Cesare Zavattini and various others including the director Vittorio De Sica. The cast includes Lamberto Maggiorani, Enzo Staiola and Lianella Carell and it won an honorary Academy Award for Best Foreign Language Film in 1949. It has a Rotten Tomatoes score of 99%.