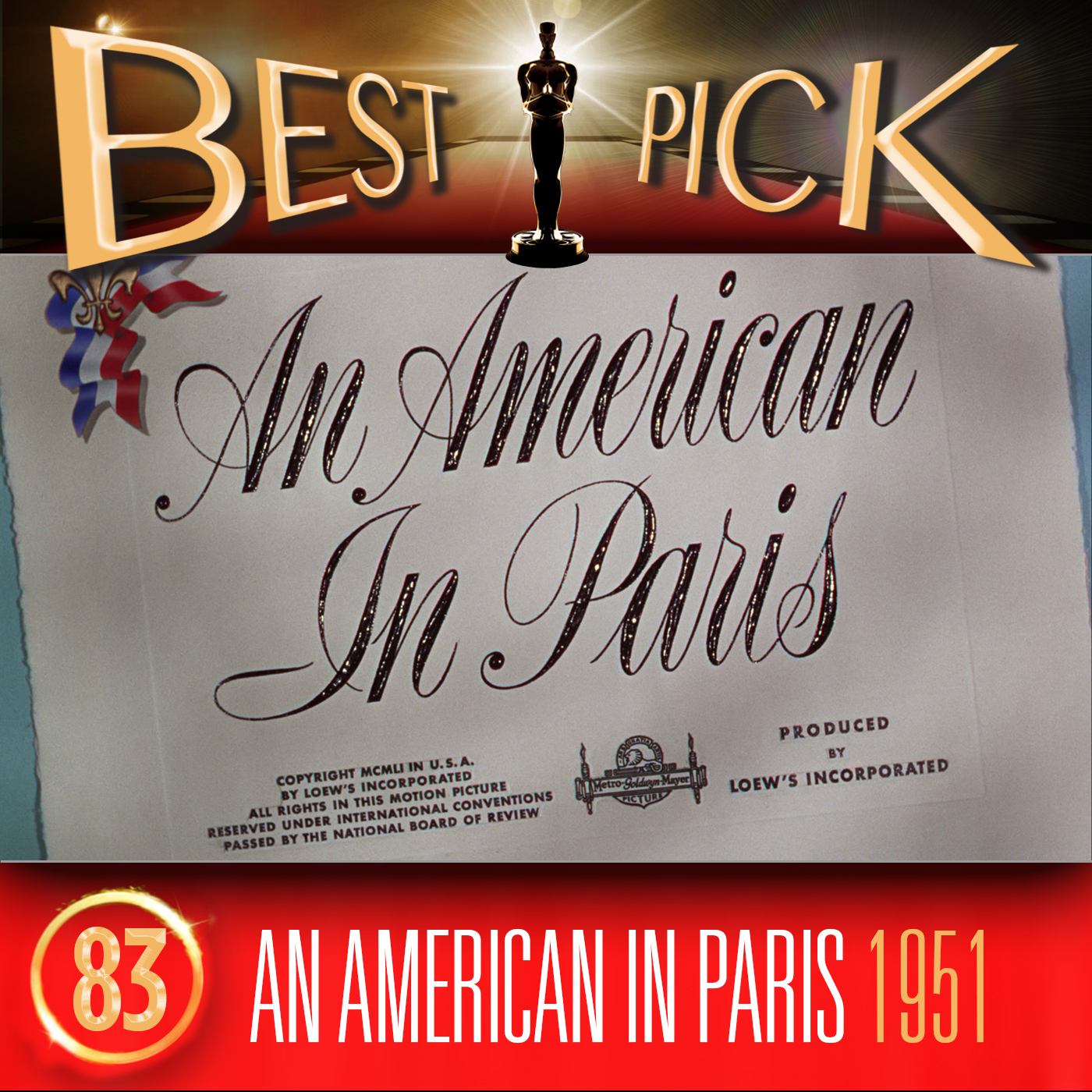 For this episode, we watched An American in Paris, written by Alan Jay Lerner, inspired by and featuring the music of George Gershwin. The director was Vincente Minnelli and the stars were Gene Kelly, Oscar Levant, Leslie Caron, Georges Guétary and Nina Foch. It was nominated in eight categories and won six Oscars, plus a special award for Gene Kelly.

Next time we will be discussing Marty. If you want to watch it before listening to the next episode you can buy the DVD or Blu-Ray on Amazon.co.uk, or Amazon.com, or you can download it via iTunes (UK) or iTunes (USA).