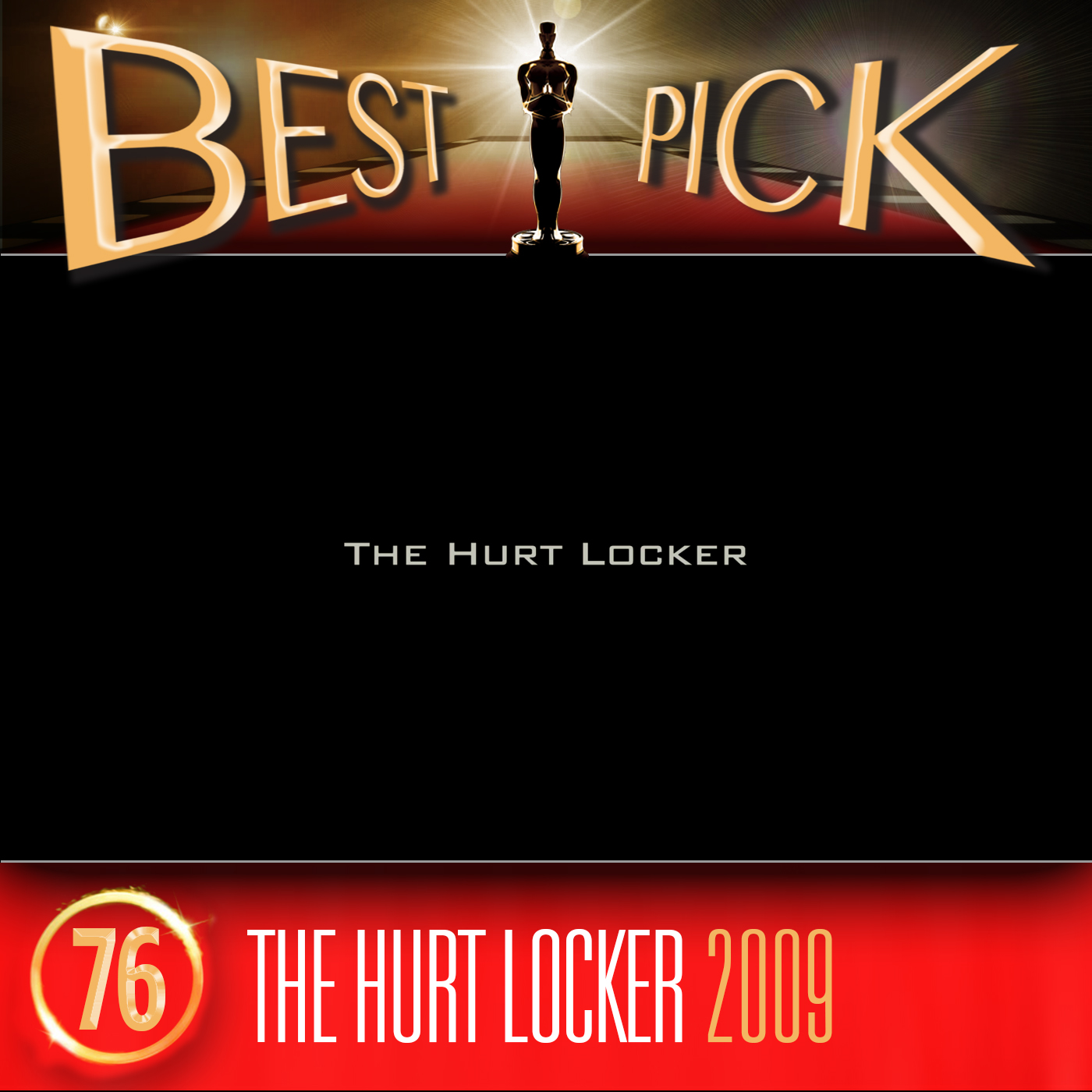 For this episode, we watched The Hurt Locker, written by Mark Boal (won) and directed by Kathryn Bigelow (won). The stars were Jeremy Renner (nominated), Anthony Mackie, Brian Geraghty, Evangeline Lilly, Ralph Fiennes, David Morse and Guy Pearce. In total it was nominated in nine categories and it also won for its editing, sound mixing and sound editing.

Next time we will be discussing Titanic. If you want to watch it before listening to the next episode you can buy the DVD or Blu-Ray on Amazon.co.uk, or Amazon.com, or you can download it via iTunes (UK) or iTunes (USA).