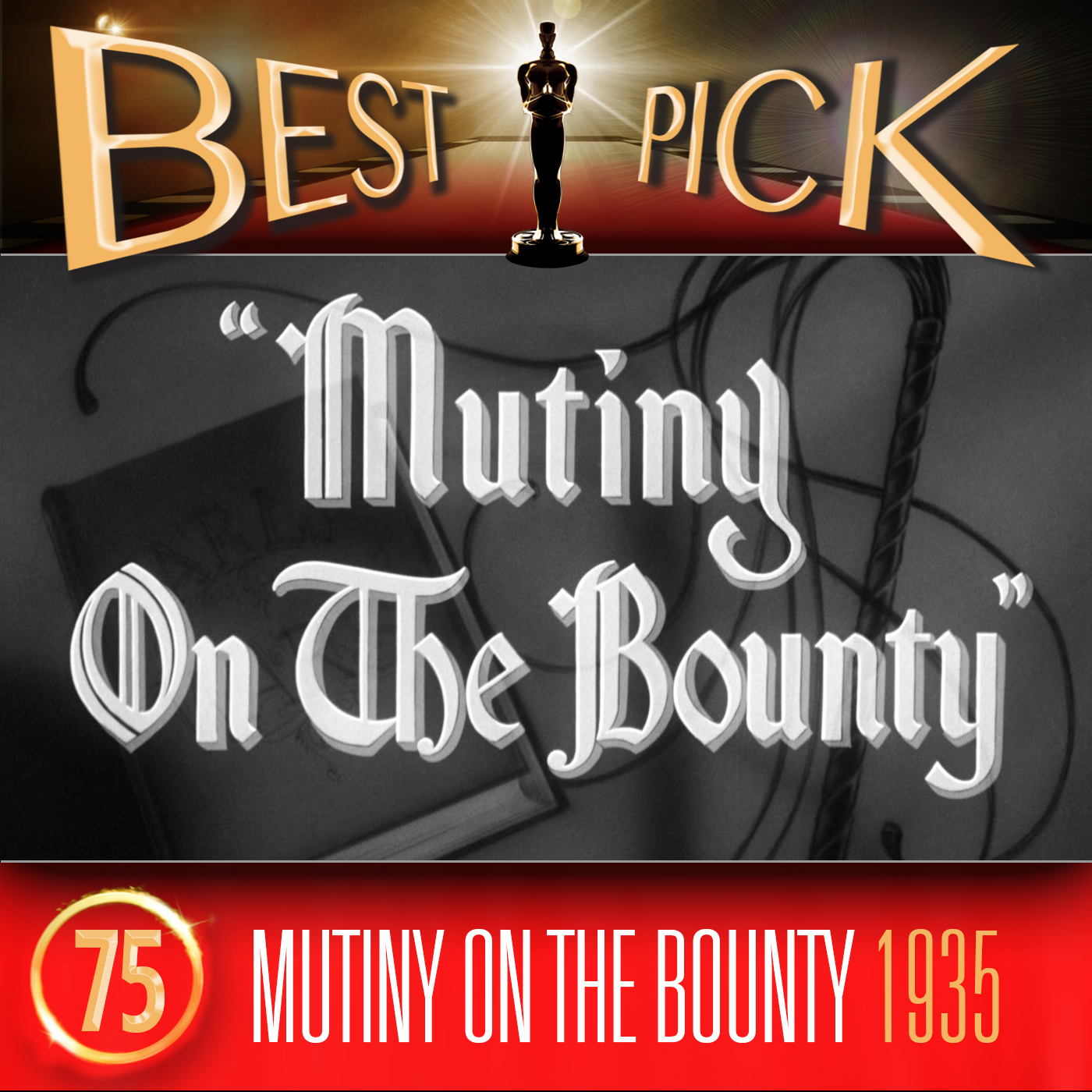 For this episode, we watched Mutiny on the Bounty, written by Talbot Jennings, Jules Furthman and Carey Wilson based on the novel by Charles Nordhoff and James Norman Hall. It was directed by Frank Lloyd and starred Charles Laughton, Clark Gable and Franchot Tone (all nominated). It was also nominated for its screenplay, its music, its editing and Lloyd as Best Director but Best Picture was its only win, making it the third and most recent Best Picture winner to win no other Oscars.

Next time we will be discussing The Hurt Locker. If you want to watch it before listening to the next episode you can buy the DVD or Blu-Ray on Amazon.co.uk, or Amazon.com, or you can download it via iTunes (UK) or iTunes (USA).