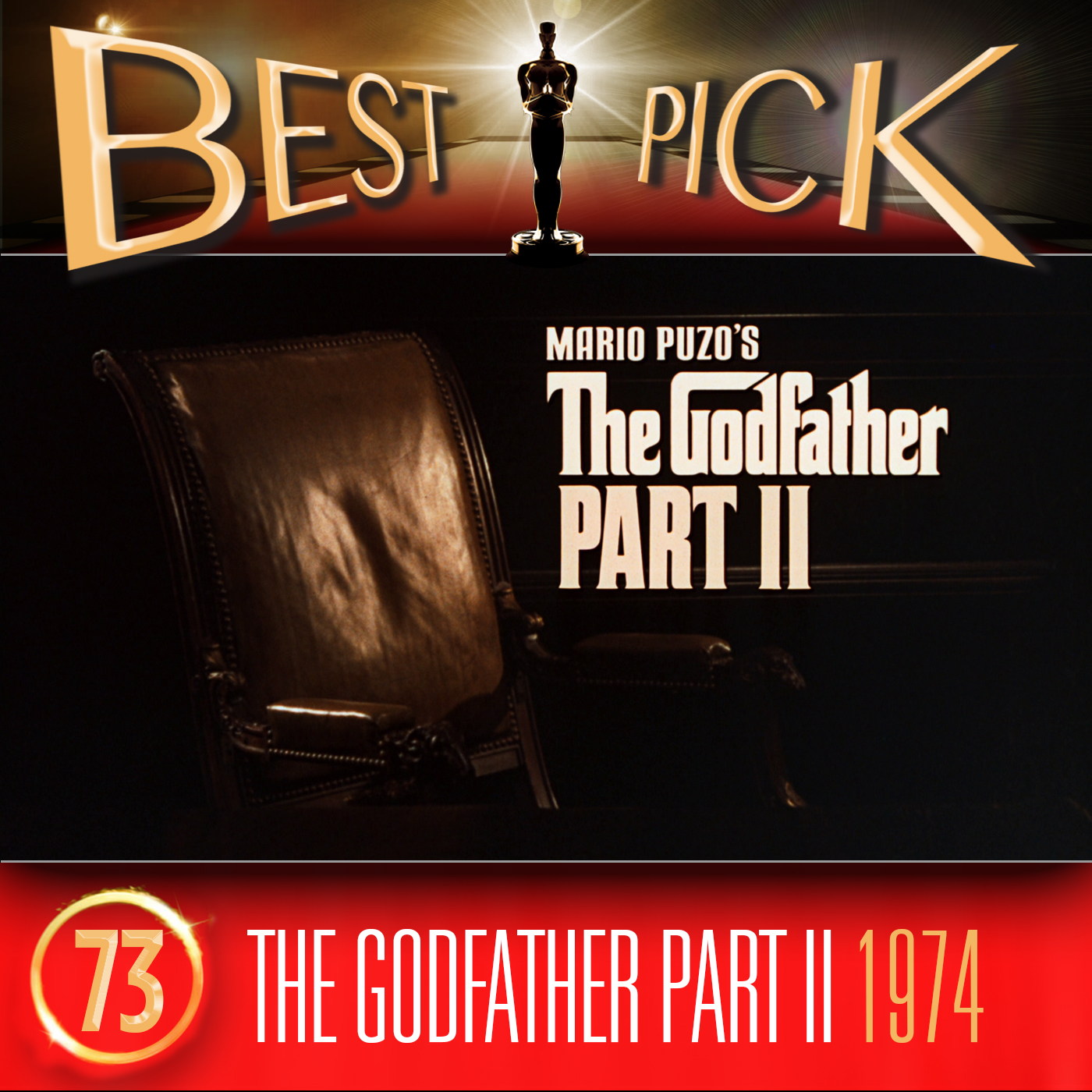 For this episode, we watched The Godfather, Part II, written by Mario Puzo and Francis Ford Coppola, based on the novel by Puzo and it was directed by Coppola with music by Carmine Coppola. It starred Al Pacino, Robert de Niro, Robert Duvall, Diane Keaton, Talia Shire, Michael V Gazzo, John Cazale and Lee Strasberg. Five of the cast were nominated for acting Oscars, with de Niro winning. It also won for its screenplay, art direction, score, and Coppola for Best Director.

Next time we will be discussing Moonlight. If you want to watch it before listening to the next episode you can buy the DVD or Blu-Ray on Amazon.co.uk, or Amazon.com, or you can download it via iTunes (UK) or iTunes (USA).