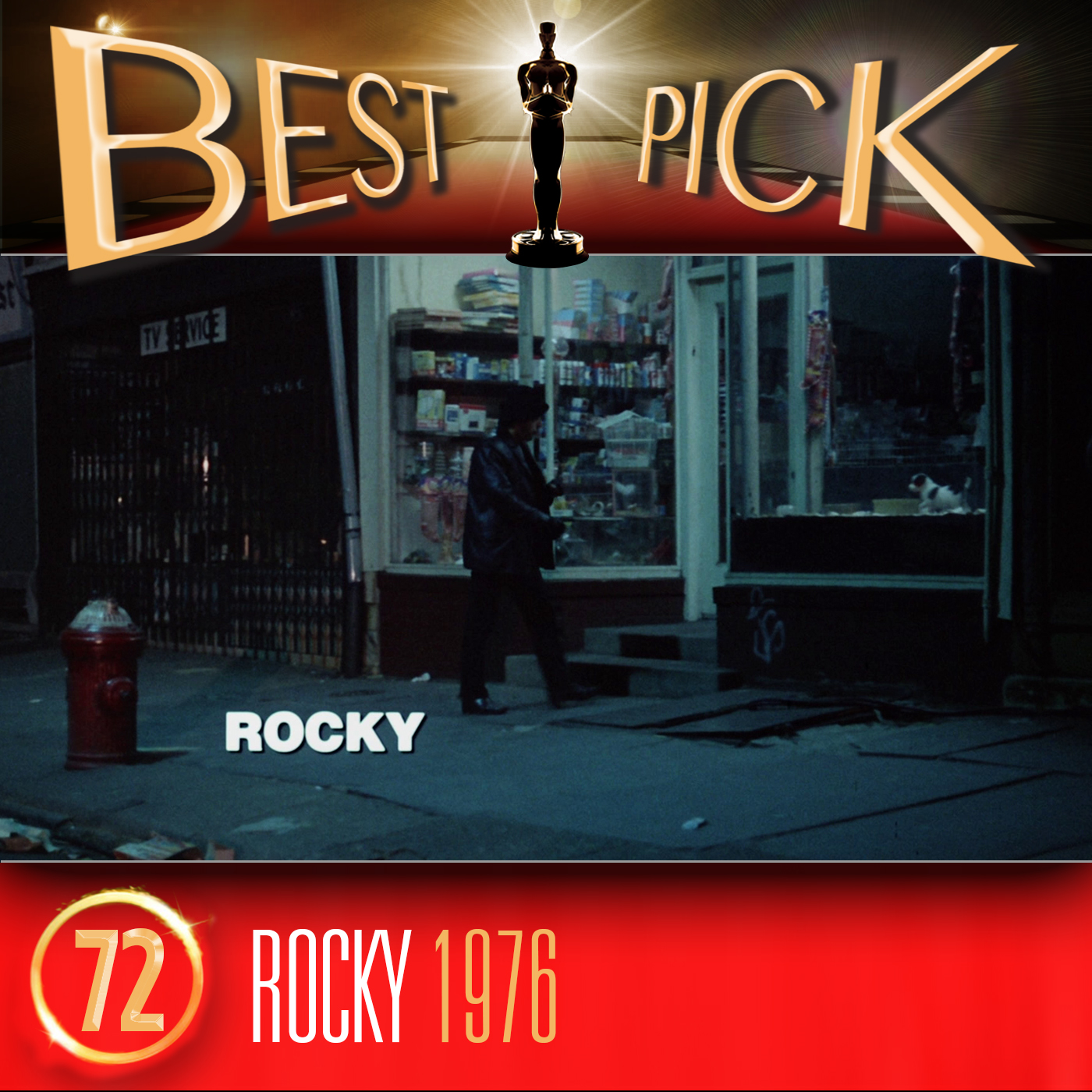 For this episode, we watched Rocky, written by and starring Sylvester Stallone and directed by John G Avildsen. It also featured Talia Shire, Burt Young, Carl Weathers and Burgess Meredith. Stallone was nominated for his screenplay and Stallone, Shire, Meredith and Young were all nominated as actors but all it won was Best Picture, Best Director and Best Film Editing.

Next time we will be discussing The Godfather, Part II. If you want to watch it before listening to the next episode you can buy the DVD or Blu-Ray on Amazon.co.uk, or Amazon.com, or you can download it via iTunes (UK) or iTunes (USA).