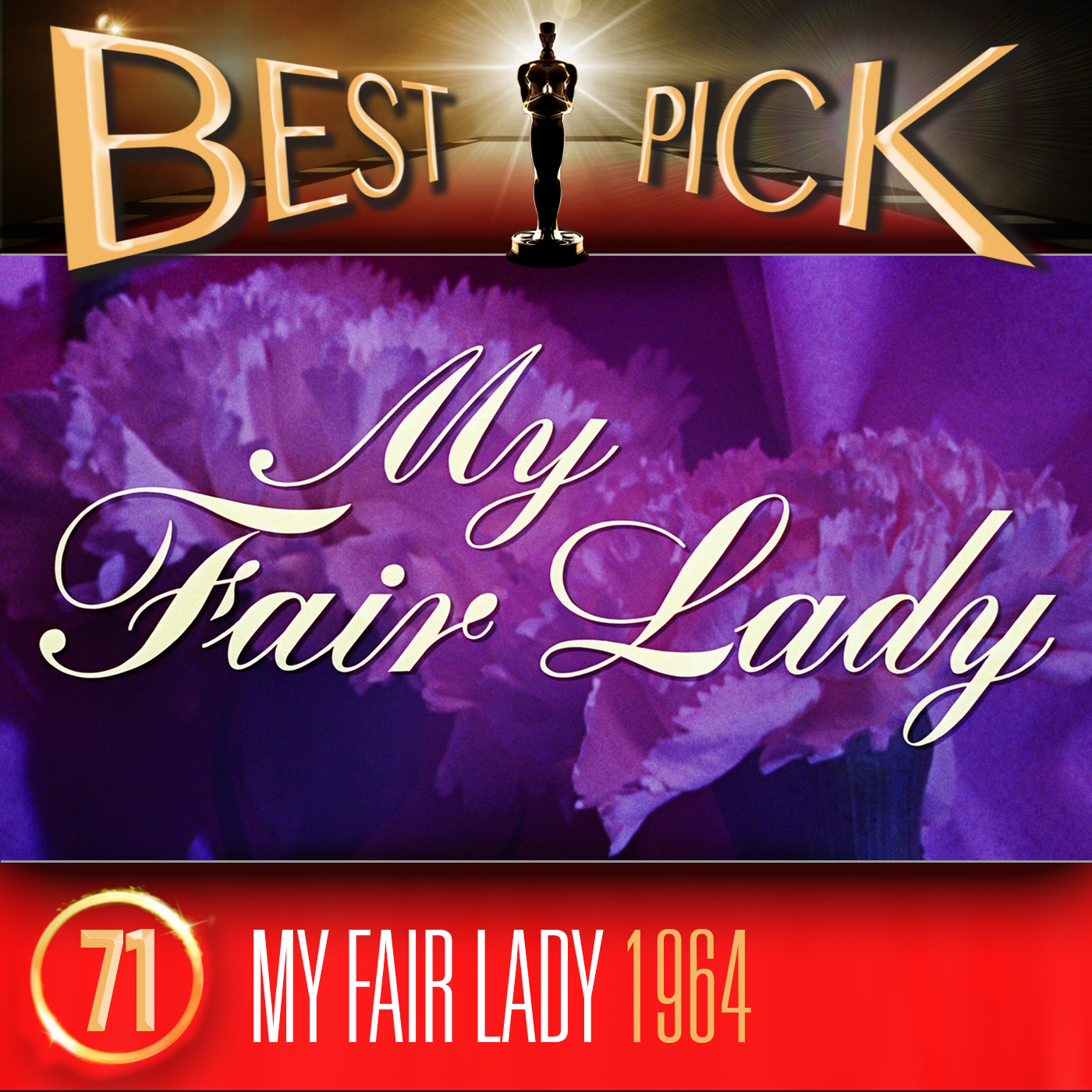 For this episode, we watched My Fair Lady, the movie adaptation of the Lerner and Lowe musical, itself based on the play Pygmalion by George Bernard Shaw. It won eight Oscars from twelve nominations, including Best Actor for Rex Harrison, Best Director for George Cukor and Best Adaptation Score for Andre Previn. Leading lady Audrey Hepburn was not nominated.

Next time we will be discussing Rocky. If you want to watch it before listening to the next episode you can buy the DVD or Blu-Ray on Amazon.co.uk, or Amazon.com, or you can download it via iTunes (UK) or iTunes (USA).