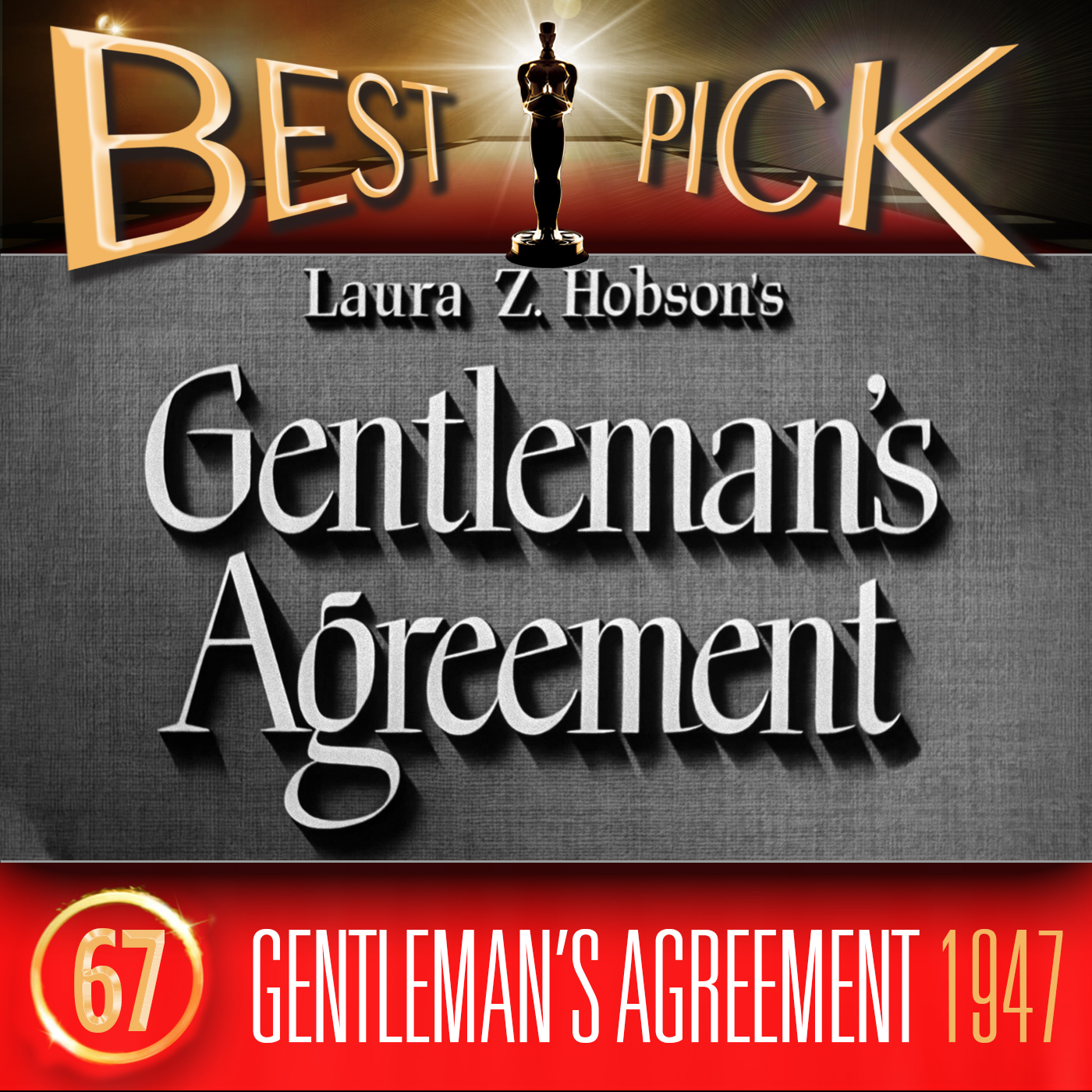 For this episode, we watched Gentleman’s Agreement, written by Moss Hart (nominated) from the novel by Laura Z Hobson and directed by Elia Kazan (won) and starring Gregory Peck (nominated), Dorothy McGuire (nominated), John Garfield, Anne Revere (nominated) and Celeste Holm (won). Those wins were the only categories in which it triumphed, although it was also nominated for its editing.

Next time we will be discussing Driving Miss Daisy. If you want to watch it before listening to the next episode you can buy the DVD or Blu-Ray on Amazon.co.uk, or Amazon.com, or you can download it via iTunes (UK) or iTunes (USA).