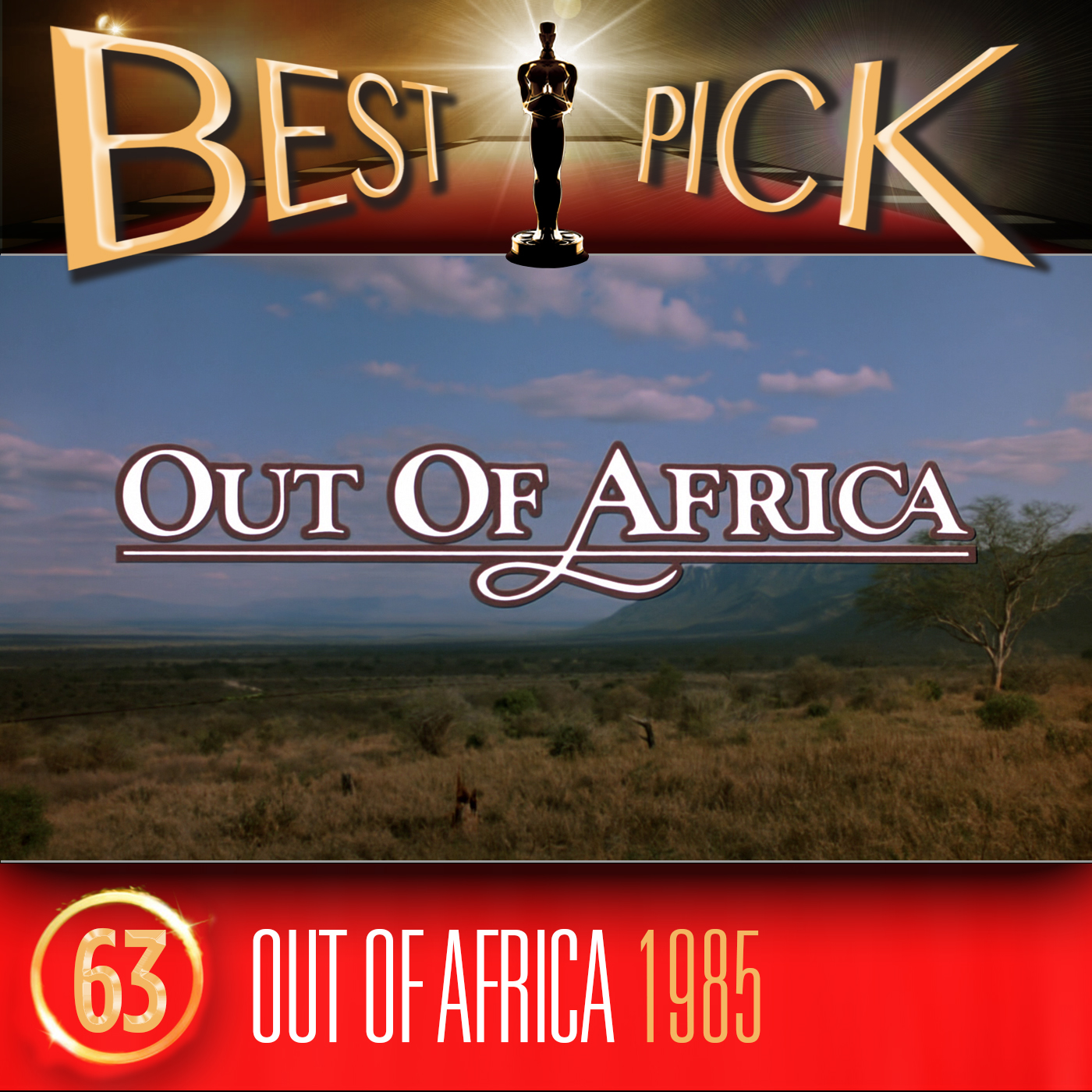 For this episode, we watched Out of Africa, written by Kurt Luedtke (won) based on the books Out of Africa, Isak Dinesen: The Life of a Story Teller and Silence Will Speak. It was directed by Sydney Pollack (won) with music by John Barry (won) and it stars Robert Redford, Meryl Streep (nominated) and Klaus Maria Brandauer (nominated). It also won for its Cinematography, Art Direction and Sound.

Next time we will be discussing The Life of Emile Zola. If you want to watch it before listening to the next episode you can buy the DVD or Blu-Ray on Amazon.co.uk, or Amazon.com, or you can download it via iTunes (USA).