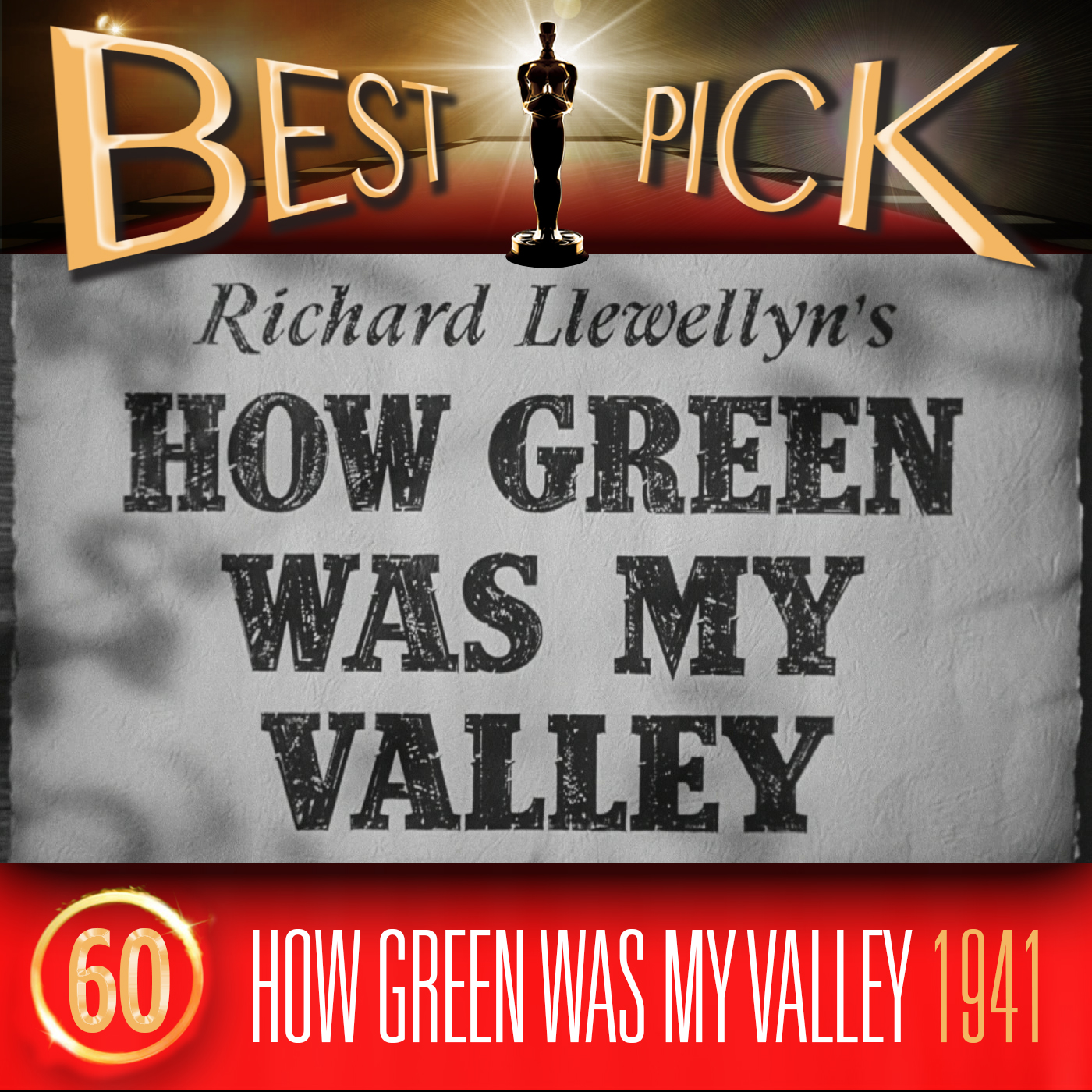 For this episode, we watched How Green Was My Valley, written by Philip Dunne, from the novel by Richard Llewellyn and directed by John Ford who won his third Best Director Oscar for it. It starred Walter Pidgeon, Maureen O’Hara, Donald Crisp (won Best Supporting Actor), Roddy McDowall and Sara Allgood (nominated). It also won Best Black-and-White Cinematography and Best Black-and-White Art Direction and it was nominated for its screenplay, its editing, its score and its sound.

Next time we will be discussing The Deer Hunter. If you want to watch it before listening to the next episode you can buy the DVD or Blu-Ray on Amazon.co.uk, or Amazon.com, or you can download it via iTunes (UK) or iTunes (USA).