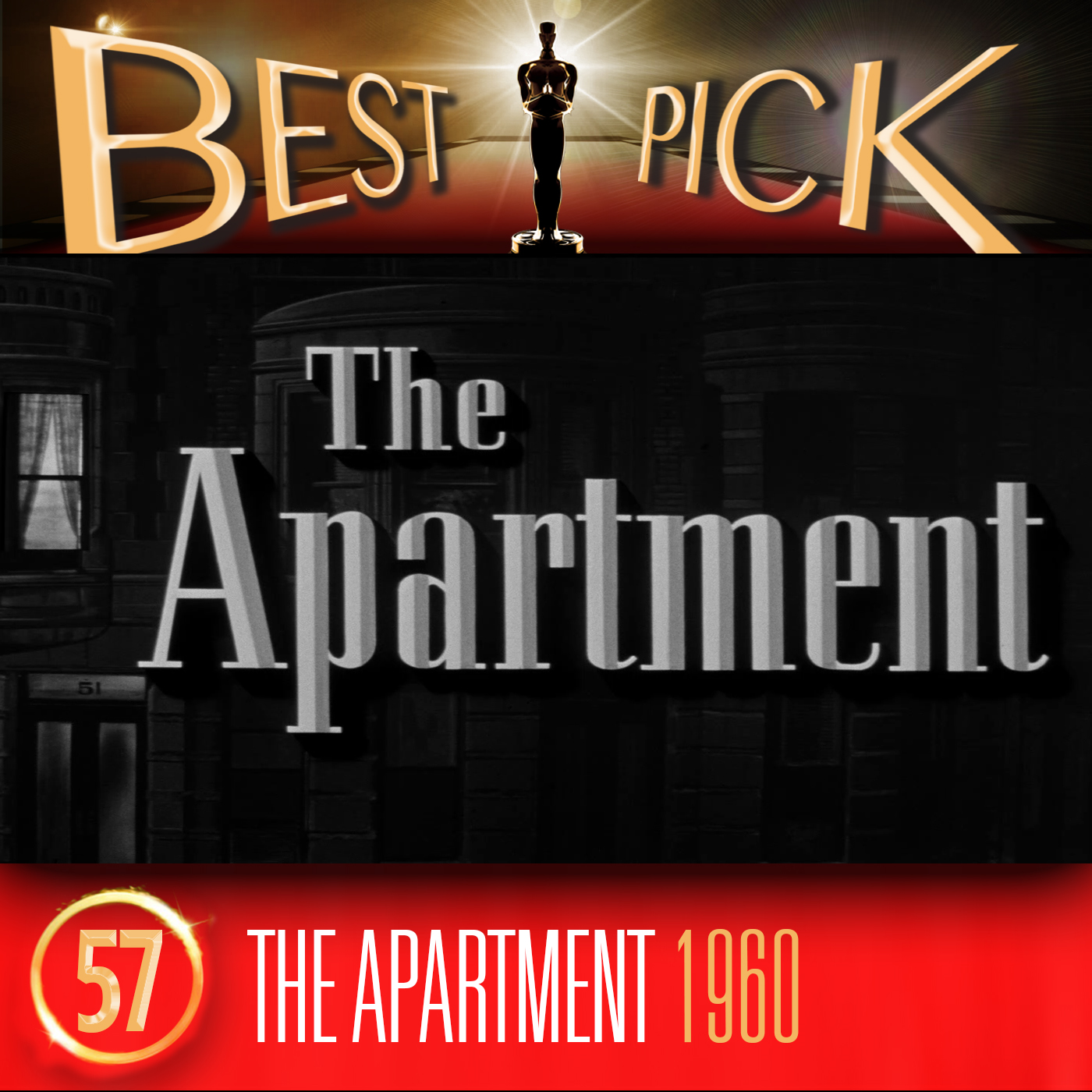 For this episode, we watched The Apartment, written by Billy Wilder and IAL Diamond (won), directed by Wilder (won) and starring Jack Lemmon (nominated), Shirley MacLaine (nominated), Fred MacMurray, Ray Walston, Jack Kruschen (nominated) and David Lewis. It also won for its editing and art decoration and was nominated for its cinematography and its sound.

Thanks to the Curzon Victoria and our guests Deborah Frances-White, Ned Sedgwick, Gina Decio and Callum Baker who also took the photos you can see on Facebook.

We are now on Patreon. If you would like to contribute to this podcast and get some nifty rewards, just click here. https://www.patreon.com/bestpickpod

Next time we will be discussing Green Book. If you want to watch it before listening to the next episode you can buy the DVD or Blu-Ray on Amazon.co.uk, or Amazon.com, or you can download it via iTunes (UK) or iTunes (USA).