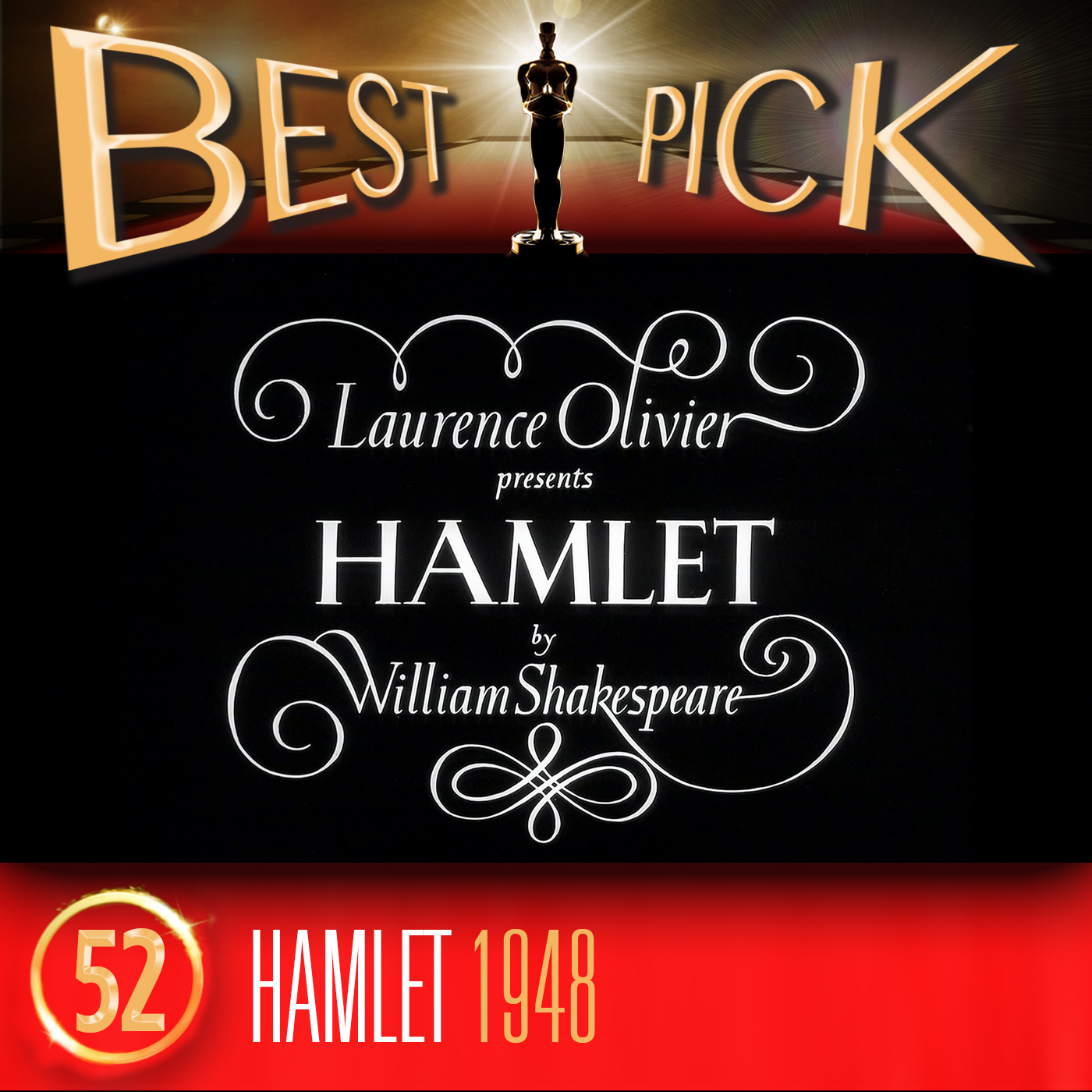 For this episode, we watched Hamlet, based on the play by William Shakespeare, directed by Lawrence Olivier (nominated), and starring Olivier (won), Basil Sydney, Eileen Herlie, Norman Wooland, Felix Aylmer, Terence Morgan and Jean Simmons (nominated). It also won for its art direction and costume design and it was nominated for its score and Olivier was nominated as director.

Next time we will be discussing The Shape of Water. If you want to watch it before listening to the next episode you can buy the DVD or Blu-Ray on Amazon.co.uk, or Amazon.com, or you can download it via iTunes (UK) or iTunes (USA).