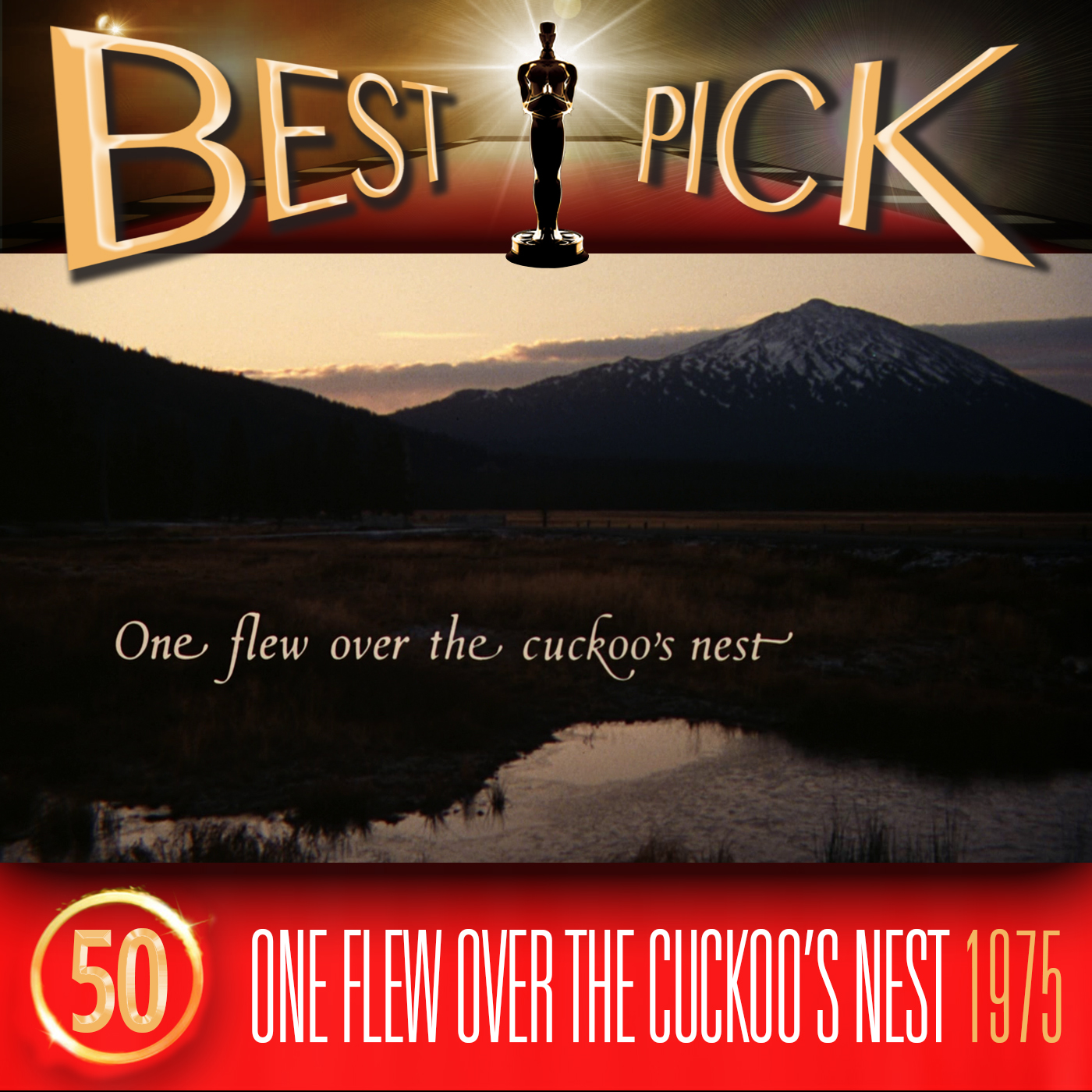 For this episode, we watched One Flew Over the Cuckoo’s Nest, written by Bo Goldman and Lawrence Hauben, from the play by Ken Kesey and Dale Wasserman. It was directed by Milos Forman and starred Jack Nicholson, Louise Fletcher, Brad Dourif, William Redfield. It is one of three films to win the “big five” – Picture, Director, Screenplay, Actor and Actress – and like the other two it won only those five. However, it was also nominated for Best Supporting Actor (Dourif), Best Cinematography (Haskell Wexler, Bill Butler), Best Film Editing (Richard Chew, Lynzee Klingman, Sheldon Kahn) and Best Original Score (Jack Nitzsche).

Next time we will be discussing The Last Emperor. If you want to watch it before listening to the next episode you can buy the DVD or Blu-Ray on Amazon.co.uk, or Amazon.com, or you can download it via iTunes (USA). It is not currently available on iTunes (UK).