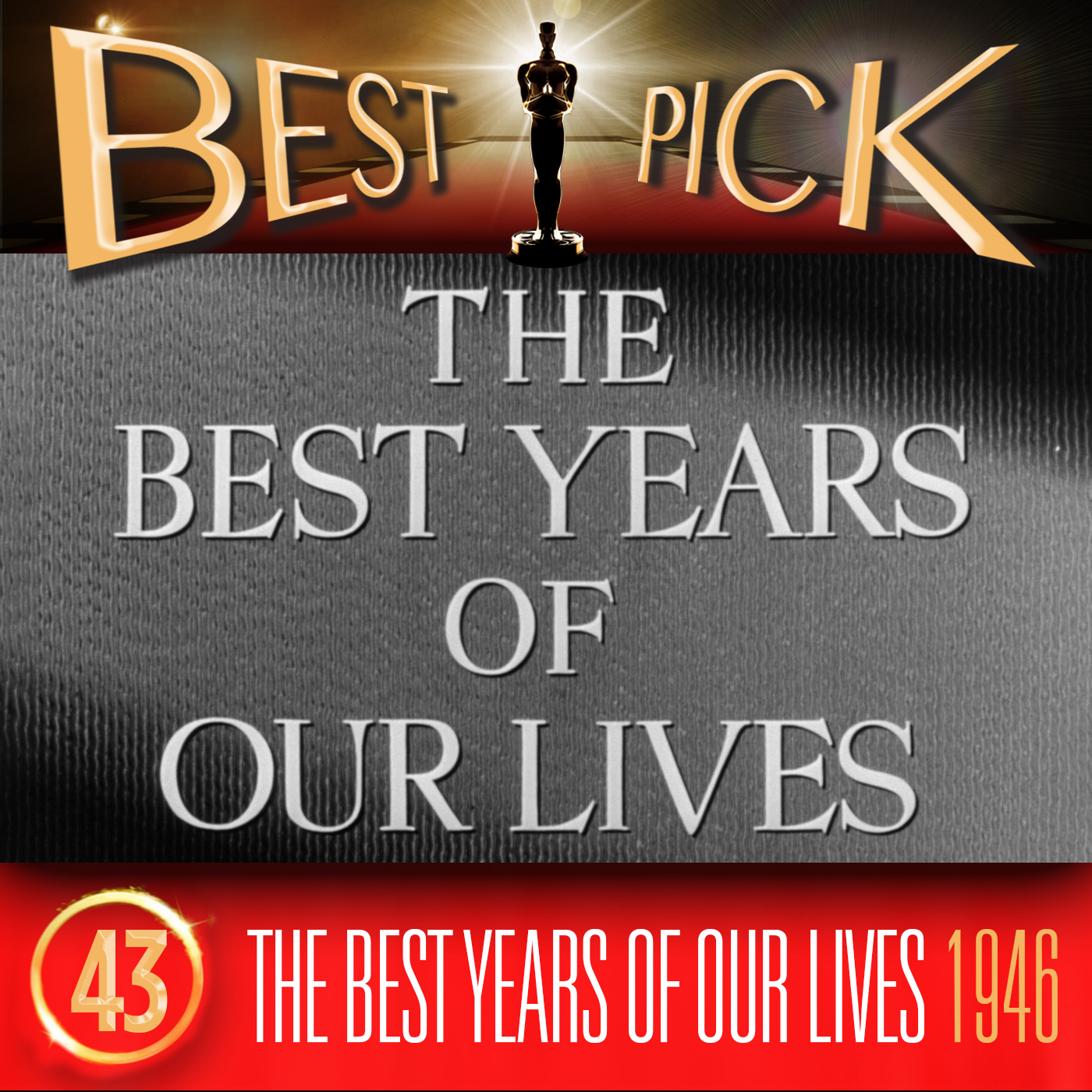 For this episode, we watched The Best Years of Our Lives, written by Robert E Sherwood (won) based on the novella Glory for Me by MacKinlay Kantor. It was directed by William Wyler (won) and starred Myrna Loy, Frederic March (won), Dana Andrews, Teresa Wright and Harold Russell (won). It also won for its Editing, Music and was nominated for its Sound Recording.

Next time we will be discussing Midnight Cowboy. If you want to watch it before listening to the next episode you can buy the DVD or Blu-Ray on Amazon.co.uk, or Amazon.com, or you can download it via iTunes (UK) or iTunes (USA).