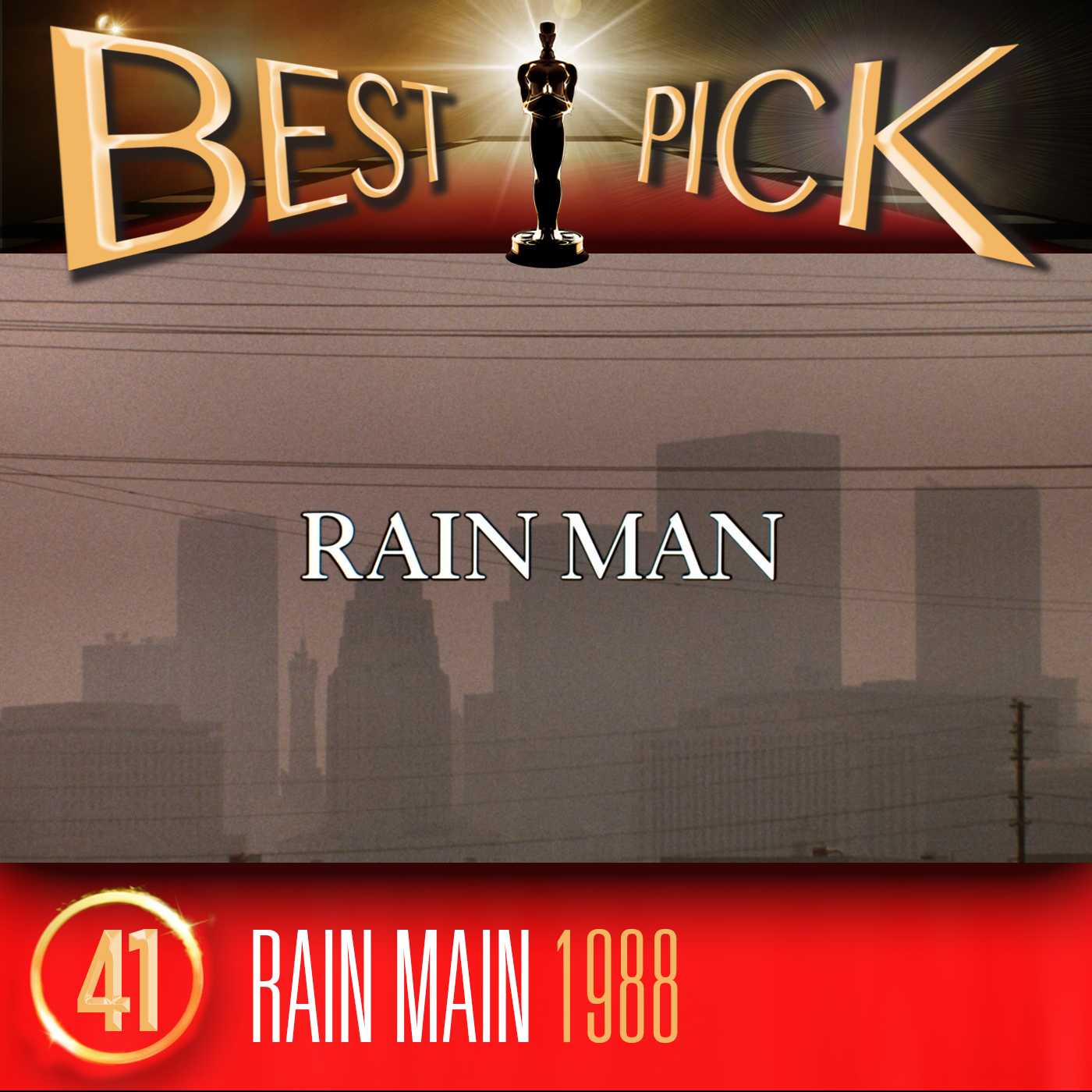 For this episode, we watched Rain Man, written by Barry Morrow and Ronald Bass (won) and directed by Barry Levinson (won). It starred Dustin Hoffman (won), Tom Cruise and Valeria Golino. It also received nominations for its art direction, cinematography, editing and score.

Next time we will be discussing Shakespeare in Love. If you want to watch it before listening to the next episode you can buy the DVD or Blu-Ray on Amazon.co.uk, or Amazon.com, or you can download it via iTunes (UK) or iTunes (USA).