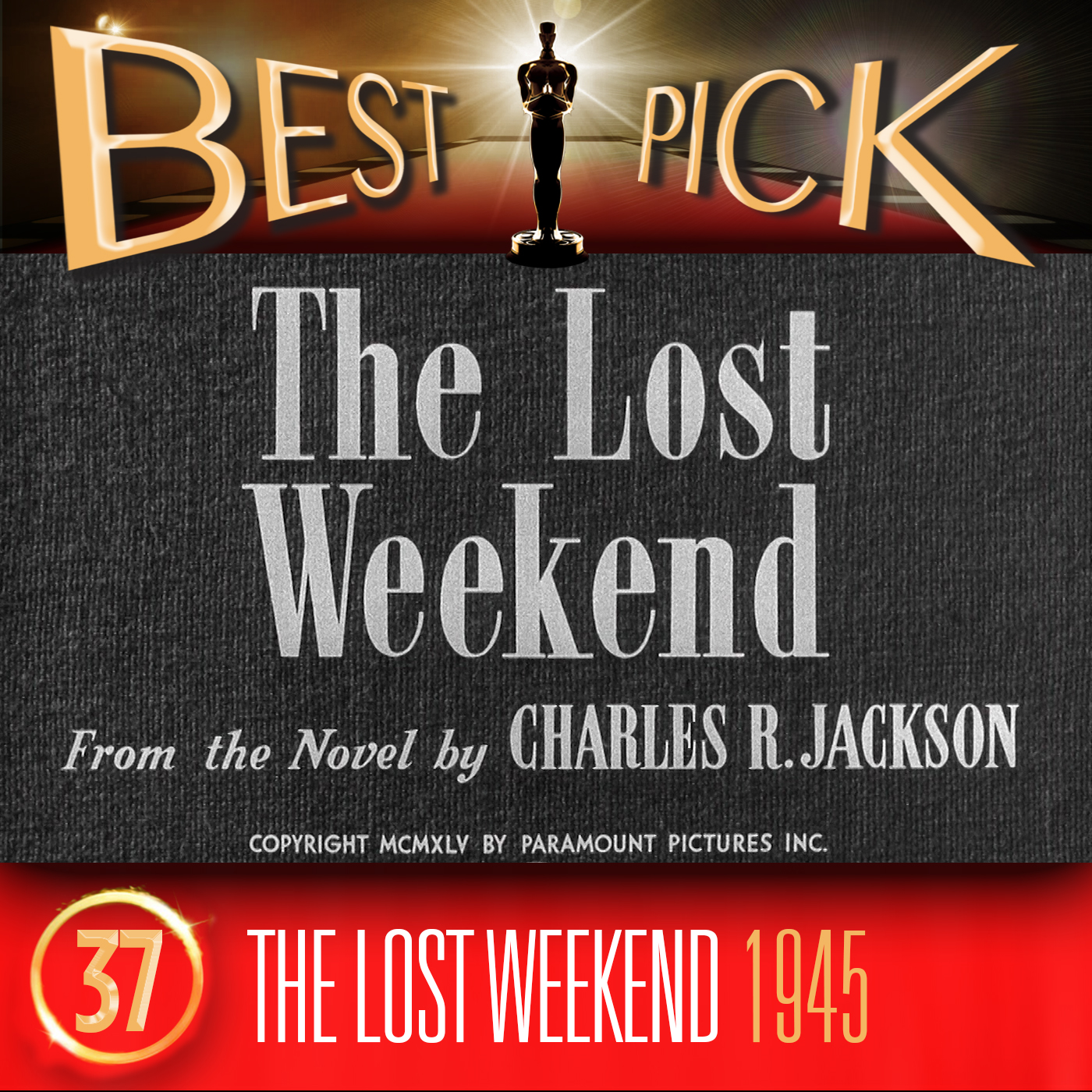 For this episode, we watched The Lost Weekend, written by Charles Brackett and Billy Wilder, directed by Wilder and starring Ray Milland and Jane Wyman. The film won Oscars for its screenplay (adapted from the novel by Charles Jackson), Best Director for Wilder and Best Actor for Milland. It also won the Grand Prix at Cannes.

Next time we will be discussing Chicago. If you want to watch it before listening to the next episode you can buy the DVD or Blu-Ray on Amazon.co.uk, or Amazon.com, or you can download it via iTunes (UK) or iTunes (USA).