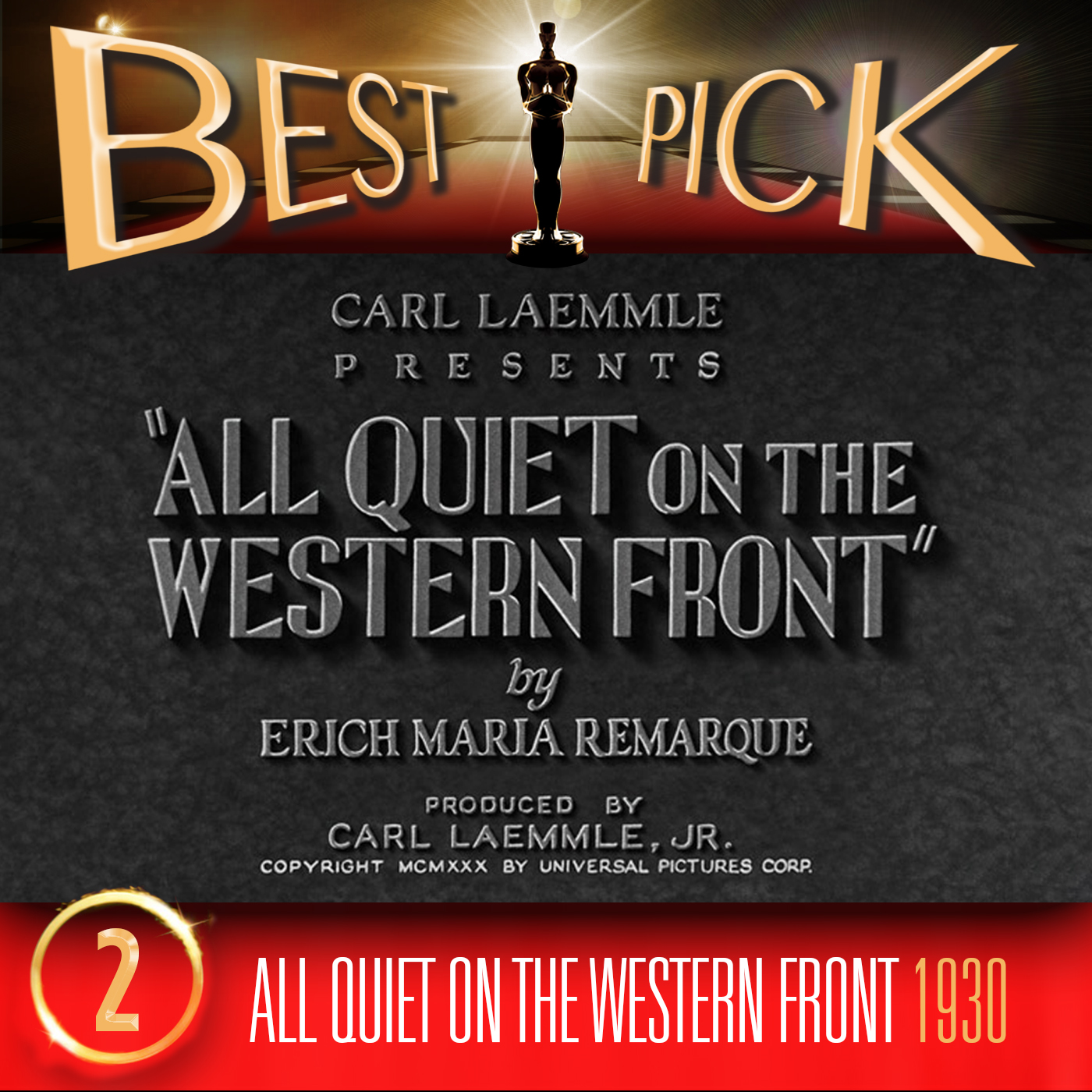 For our second episode, we watched All Quiet on the Western Front, based on the novel by Erich Maria Remarque, directed by Lewis Milestone and produced by Carl Laemmle, Jr. ("Uncle Carl Laemmle has a very large faemmle.")

As well as Best Picture (then known as “Outstanding Production”), Milestone won for Best Director and it was also nominated for Best Writing and Best Cinematography.

Next time we will be discussing Gladiator. If you want to watch it before listening to the next episode you can buy the DVD or Blu-Ray on Amazon.co.uk, or Amazon.com, or you can download it via iTunes UK or iTunes USA.