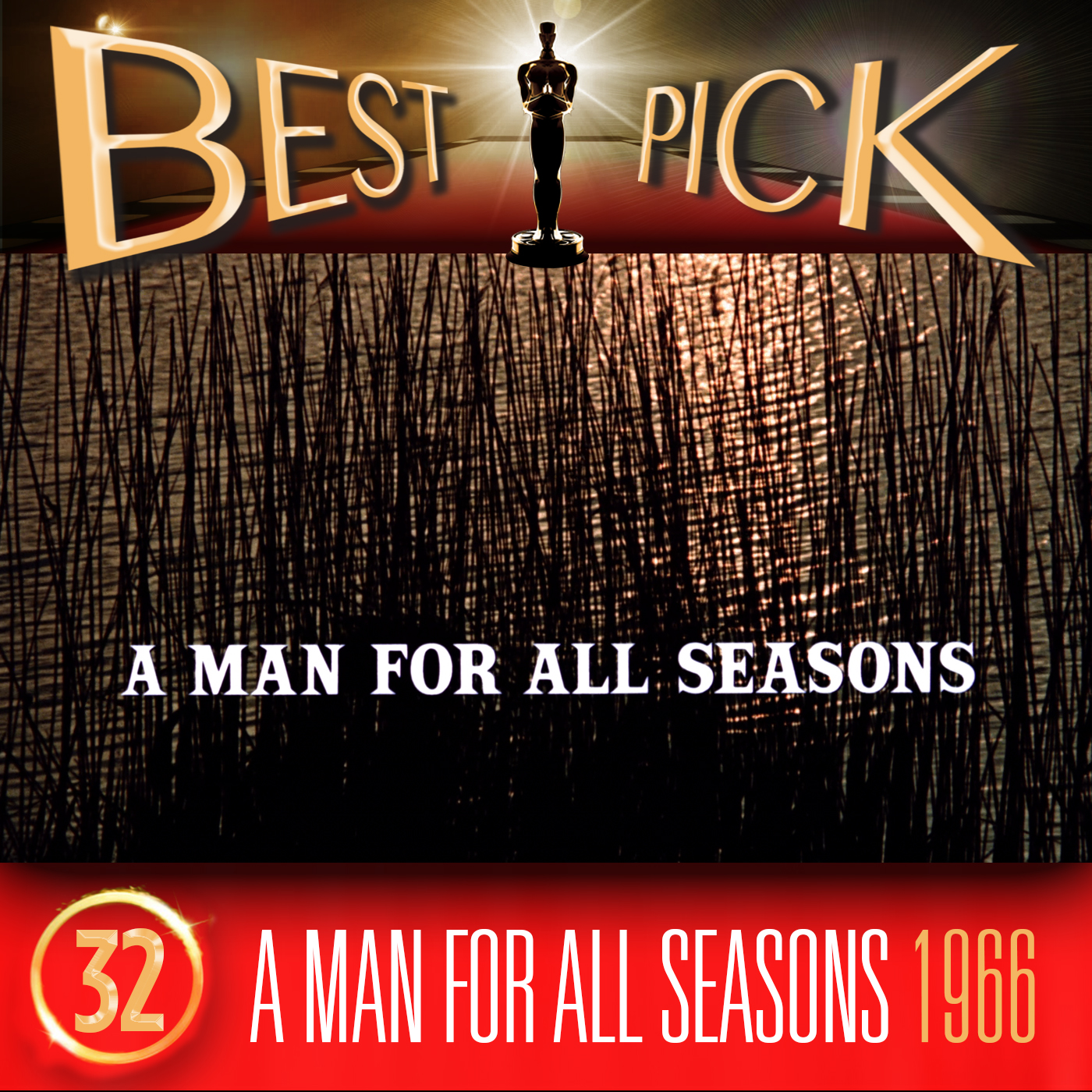 For this episode, we watched A Man for All Seasons, written by Robert Bolt (won), from his stage play. It was directed by Fred Zinnemann (won) and starred Paul Scofield (won), Wendy Hiller (nominated), Leo McKern, Orson Welles, Robert Shaw (nominated) and Susannah York. It also won for its cinematography and costume design.

Next time we will be discussing Dances with Wolves. If you want to watch it before listening to the next episode you can buy the DVD or Blu-Ray on Amazon.co.uk, or Amazon.com, or you can download it via iTunes (USA). It is not currently available on iTunes (UK), sorry.