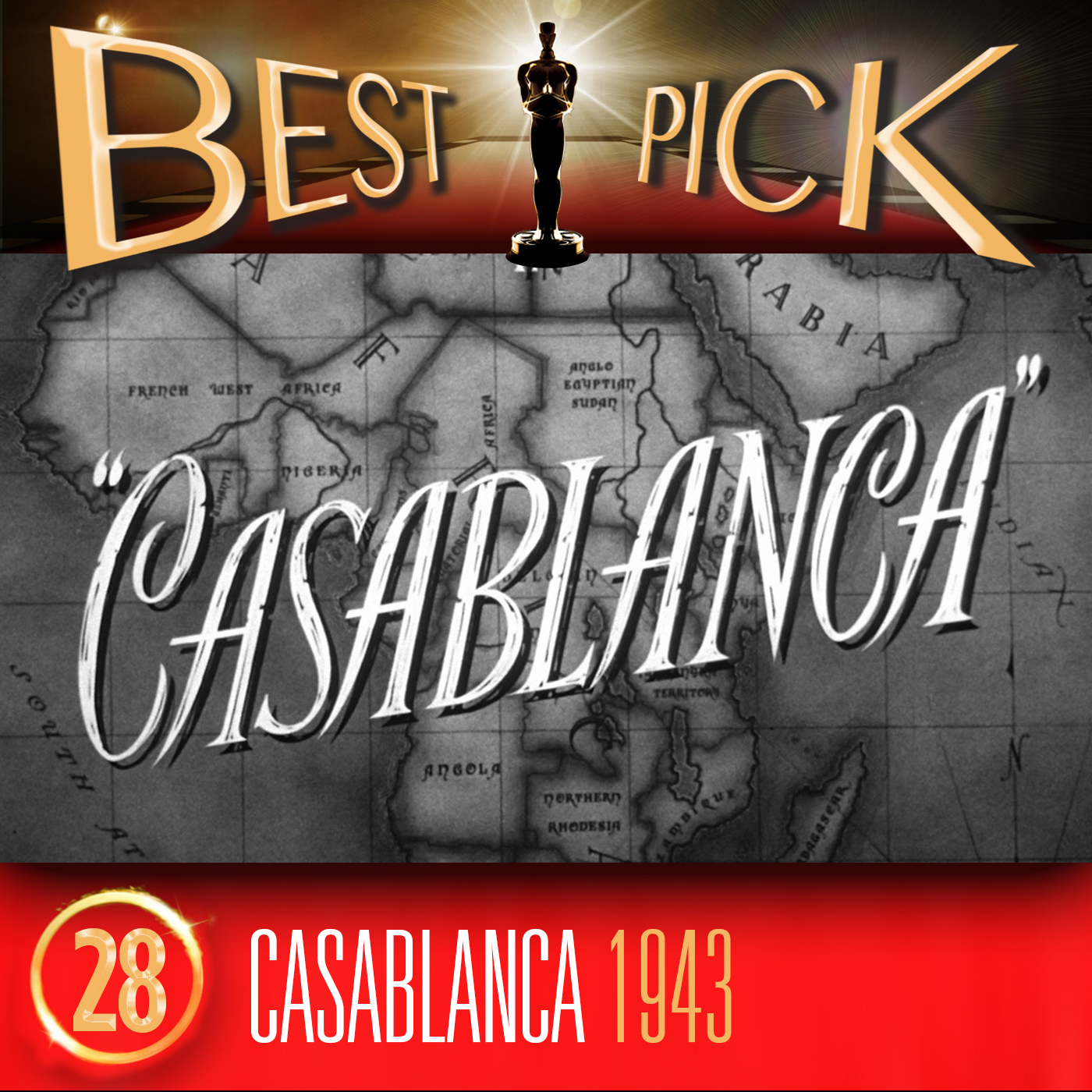 For this episode, we watched Casablanca, live at the Cinema Museum in London. The screenplay was credited to Julius and Philip Epstein and Howard Koch, and it was directed by Michael Curtiz, based on the unproduced play Everybody Comes to Rick’s by Murray Burnett and Joan Alison. It starred Humphrey Bogart, Ingrid Bergman, Paul Henreid, Claude Rains, Conrad Veidt, Sydney Greenstreet, Peter Lorre and Madeleine Lebeau. As well as Best Picture, it won for its screenplay and direction.

Many thanks to our hosts, the Cinema Museum in Kennington. http://www.cinemamuseum.org.uk

Next time we will be discussing Gone with the Wind. If you want to watch it before listening to the next episode you can buy the DVD or Blu-Ray on Amazon.co.uk, or Amazon.com, or you can download it via iTunes (UK) or iTunes (USA).