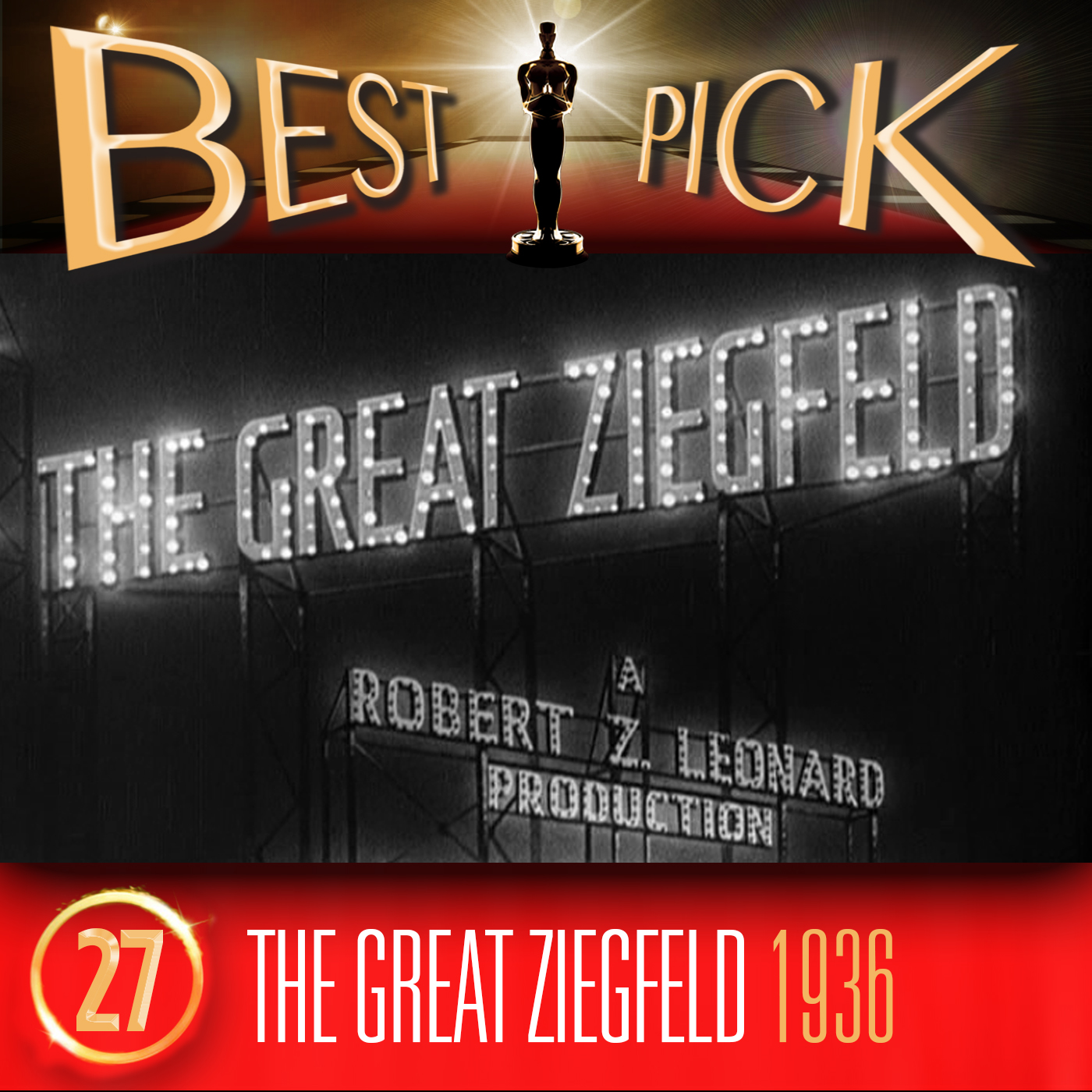 For this episode, we watched The Great Ziegfeld, written by William Anthony Maguire, directed by Robert Z Leonard and starring William Powell, Luise Rainer, Frank Morgan and – eventually – Myrna Loy. As well as Best Picture, it was one of only three films to win Best Dance Direction (Seymour Felix), and Luise Rainer won the first of her two consecutive Best Actress awards.

Next time we will be discussing Casablanca at our second live recording. If you want to watch it before listening to the next episode you can buy the DVD or Blu-Ray on Amazon.co.uk, or Amazon.com, or you can download it via iTunes (UK) or iTunes (USA).