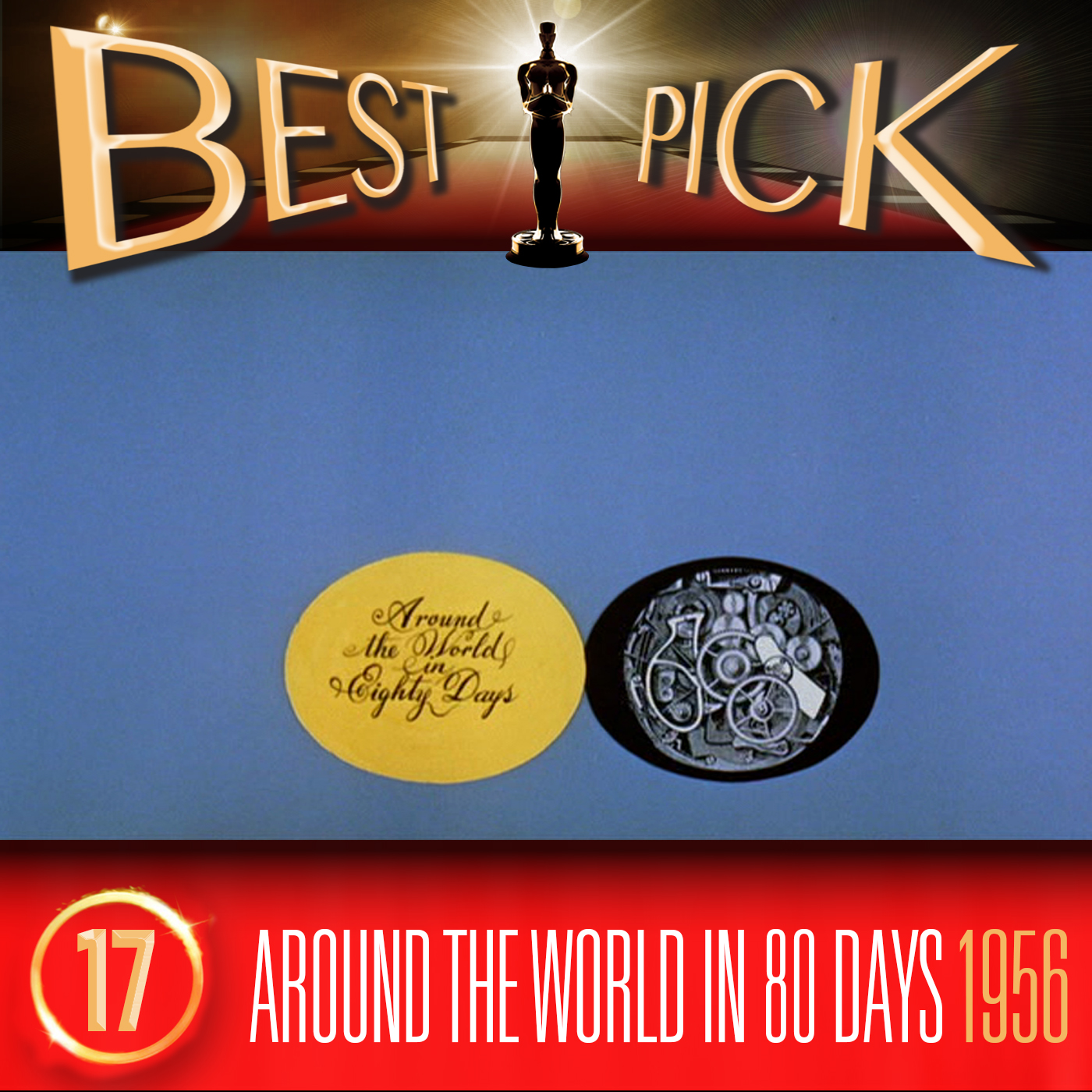 For this episode, we watched Around the World in Eighty Days, written by James Poe, John Farrow and S J Perelman, based on the novel by Jules Verne. It was directed by Michael Anderson and produced by Mike Todd. Stars were David Niven, Cantinflas, Robert Newton and Shirley MacLaine with countless cameos besides.

The film won five Academy Awards from eight nominations, including Best Picture, Best Cinematography and Best Adapted Screenplay. However, it received no acting nominations and Michael Anderson was beaten by George Stevens for Giant.

Next time we will be discussing Annie Hall at our first ever live show. If you want to watch it before listening to the next episode you can buy the DVD or Blu-Ray on Amazon.co.uk, or Amazon.com, or you can download it via iTunes (UK) or iTunes (USA).