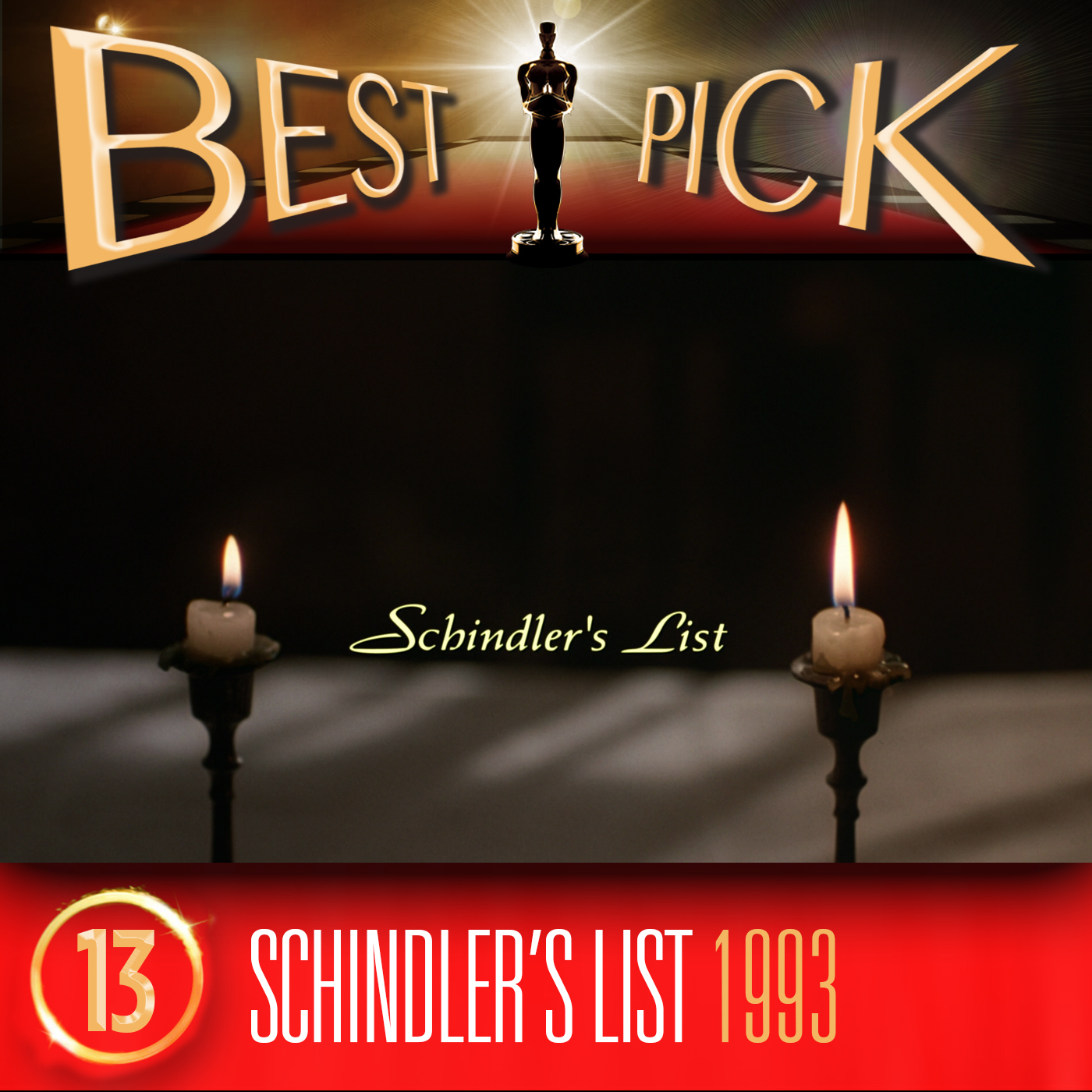 For this episode, we watched Schindler’s List, written by Steven Zaillian based on the novel by Thomas Keneally, and directed by Steven Spielberg. It stars Liam Neeson, Ben Kingsley, Ralph Fiennes, Caroline Goodall and Embeth Davidtz.

As well as Best Picture, Schindler’s List won six further Academy Awards including for Spielberg as director, Zaillian for the screenplay, John Williams for the score and Janusz Kamiński for the cinematography.

Next time we will be discussing Grand Hotel. If you want to watch it before listening to the next episode you can buy the DVD or Blu-Ray on Amazon.co.uk, or Amazon.com, or you can download it via iTunes (UK) or iTunes (USA).