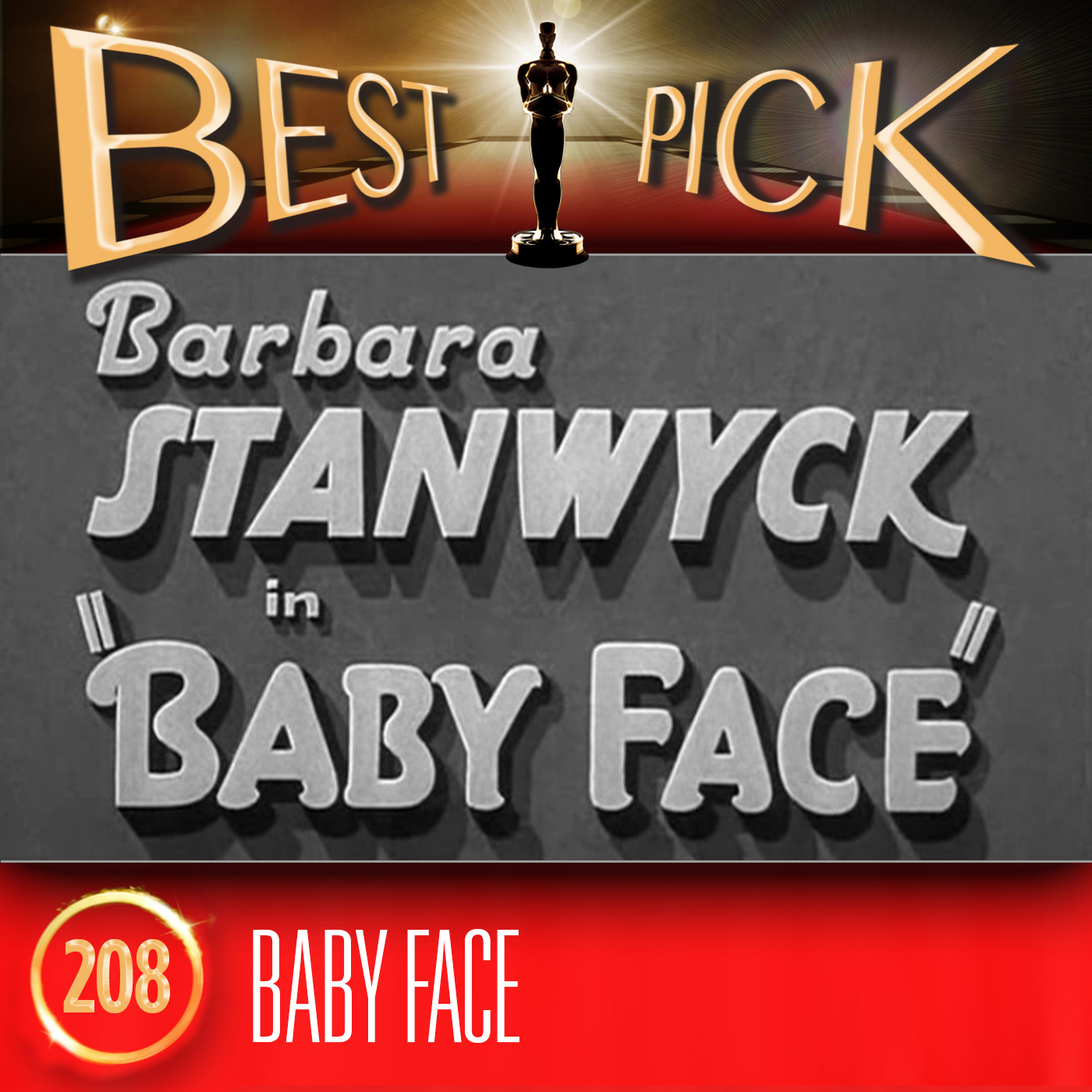 For this episode, we watched Baby Face written by Gene Markey and Kathryn Scola from a story by Darryl F Zanuck. The director was Alfred E Green and the stars were Barbara Stanwyck and George Brent. It was nominated for no Oscars but it does have a 100% rating on Rotten Tomatoes.