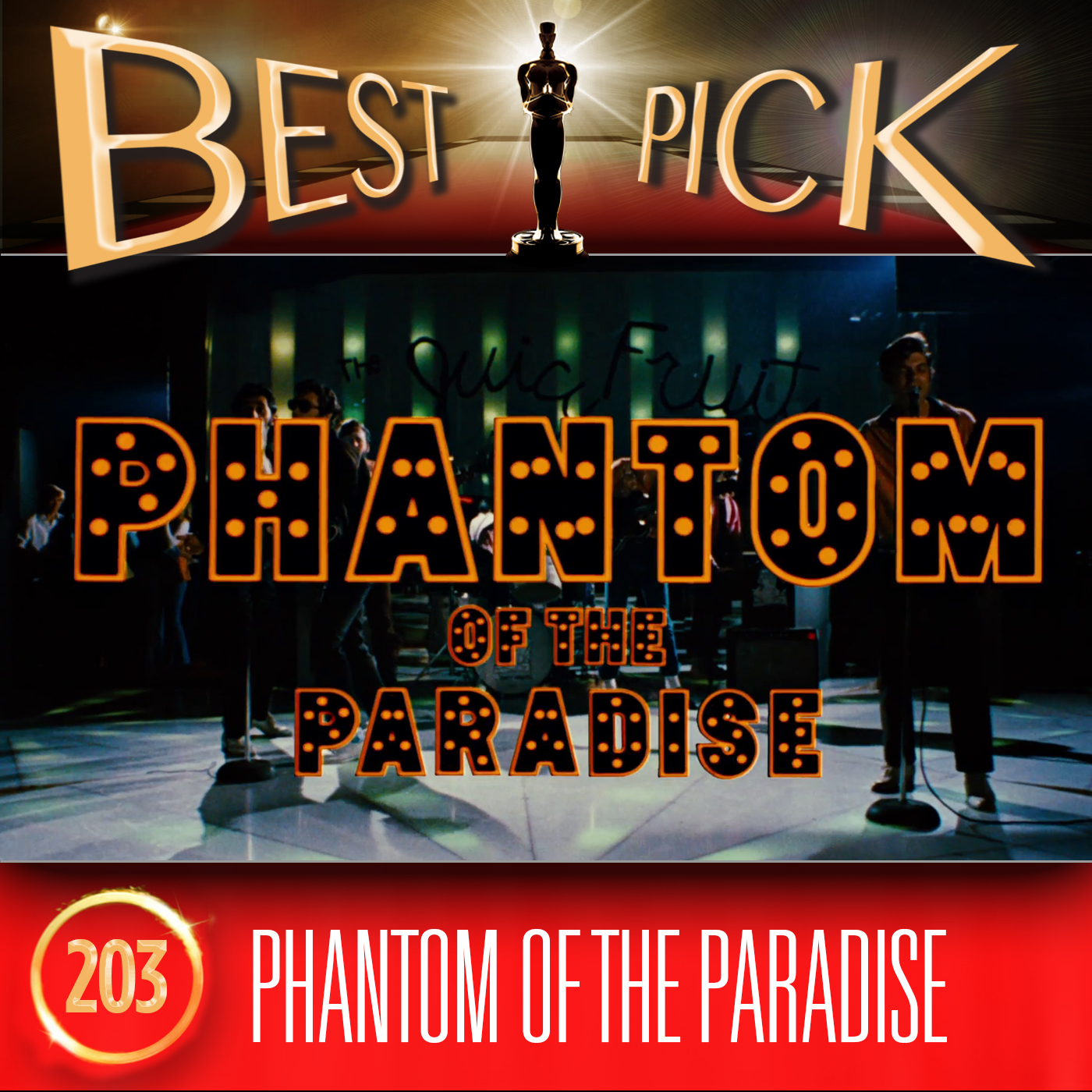 BP203 Phantom of the Paradise

Episode 203: Phantom of the Paradise

For this episode, we watched Phantom of the Paradise written and directed by Brian de Palma and starring Paul Williams (who also wrote the songs), William Finley and Jessica Harper. On its initial American release, it made only $250,000 from its $1.3m budget but it has gone on to be a cult success and even at the time the score was nominated for both an Academy Award and a Golden Globe. It has an 83% rating on Rotten Tomatoes.