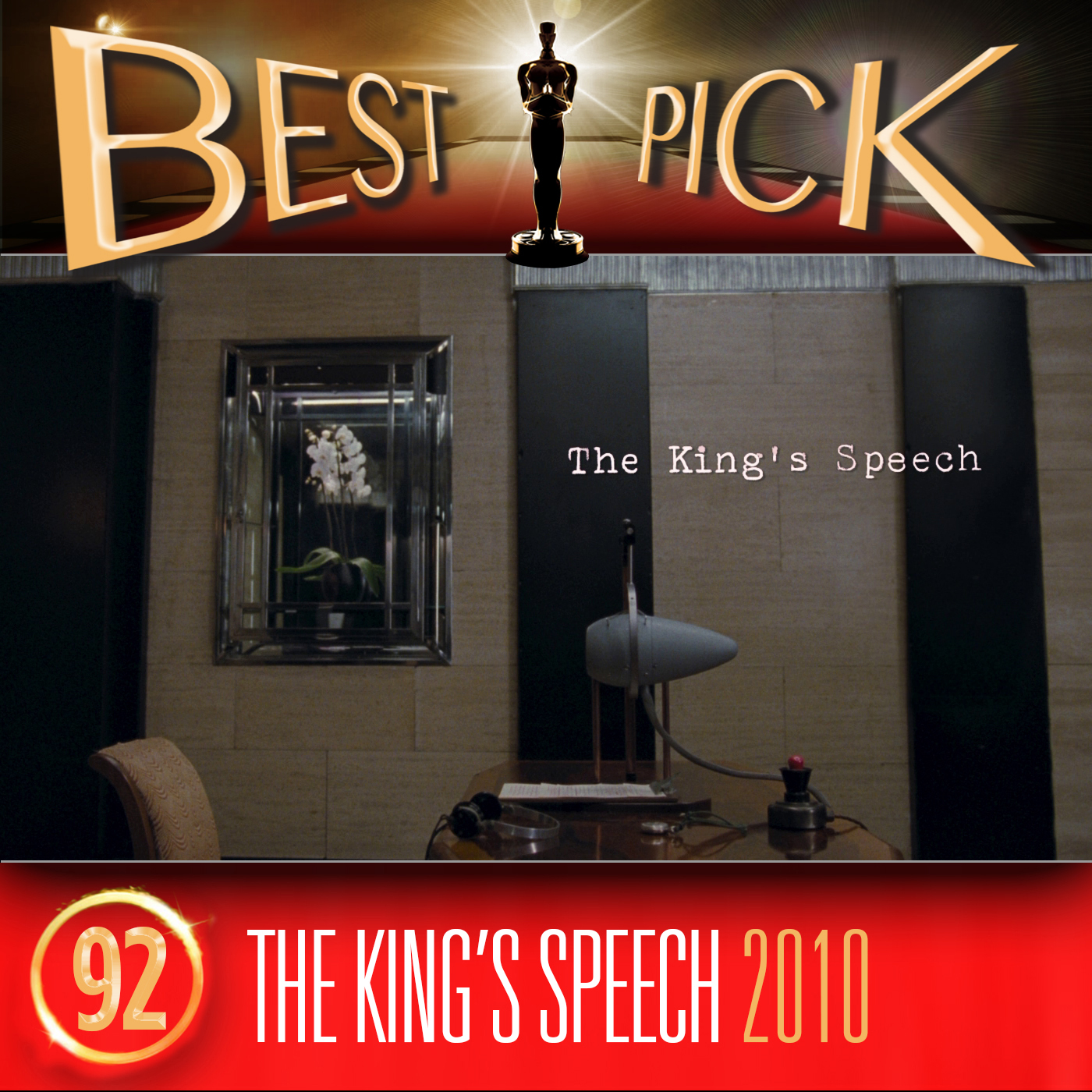 For this episode, we watched The Kings Speech, written by David Seider and directed by Tom Hooper. It starred Colin Firth, Geoffrey Rush, Helena Bonham Carter and Guy Pearce and from a very impressive twelve Oscar nominations it scored four wins – for Colin Firth, for Tom Hooper as director, for the screenplay and of course Best Picture.

That concludes our survey of the films which have won Best Picture – for now! We will be publishing an episode on the Best Picture winner for 2020 in due course as well as a variety of episodes looking at the world of film from different angles.