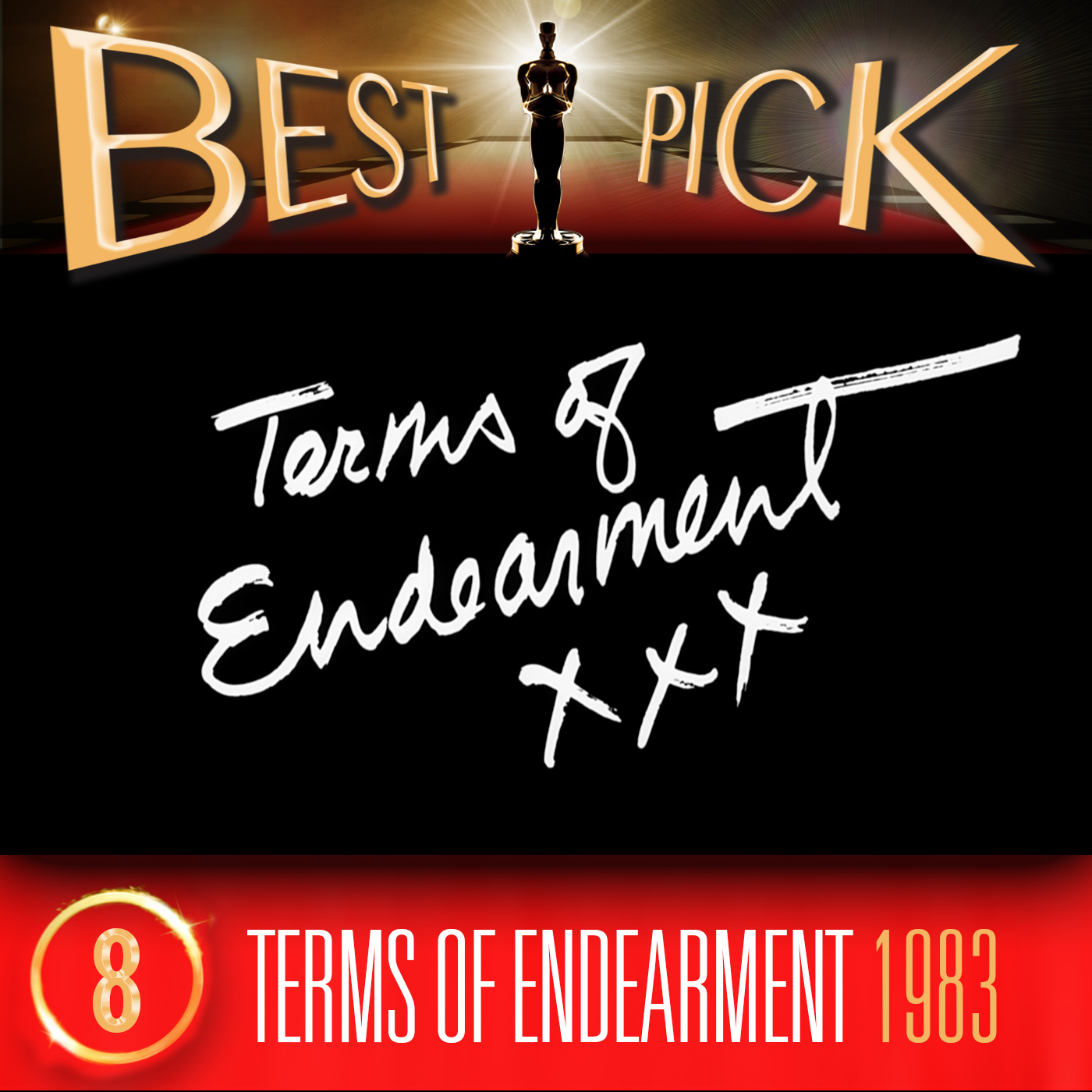 For this episode, we watched Terms of Endearment, written and directed by James L Brooks, based on the book by Larry McMurtry and starring Shirley MacLaine, Debra Winger, Jack Nicholson, Jeff Daniels and John Lithgow.

As well as Best Picture, Terms of Endearment was nominated for a further ten Academy Awards and won five, including Best Screenplay and Best Director.

Next time we will be discussing Lawrence of Arabia. If you want to watch it before listening to the next episode you can buy the DVD or Blu-Ray on Amazon.co.uk, or Amazon.com, or you can download it via iTunes (UK) or iTunes (USA).