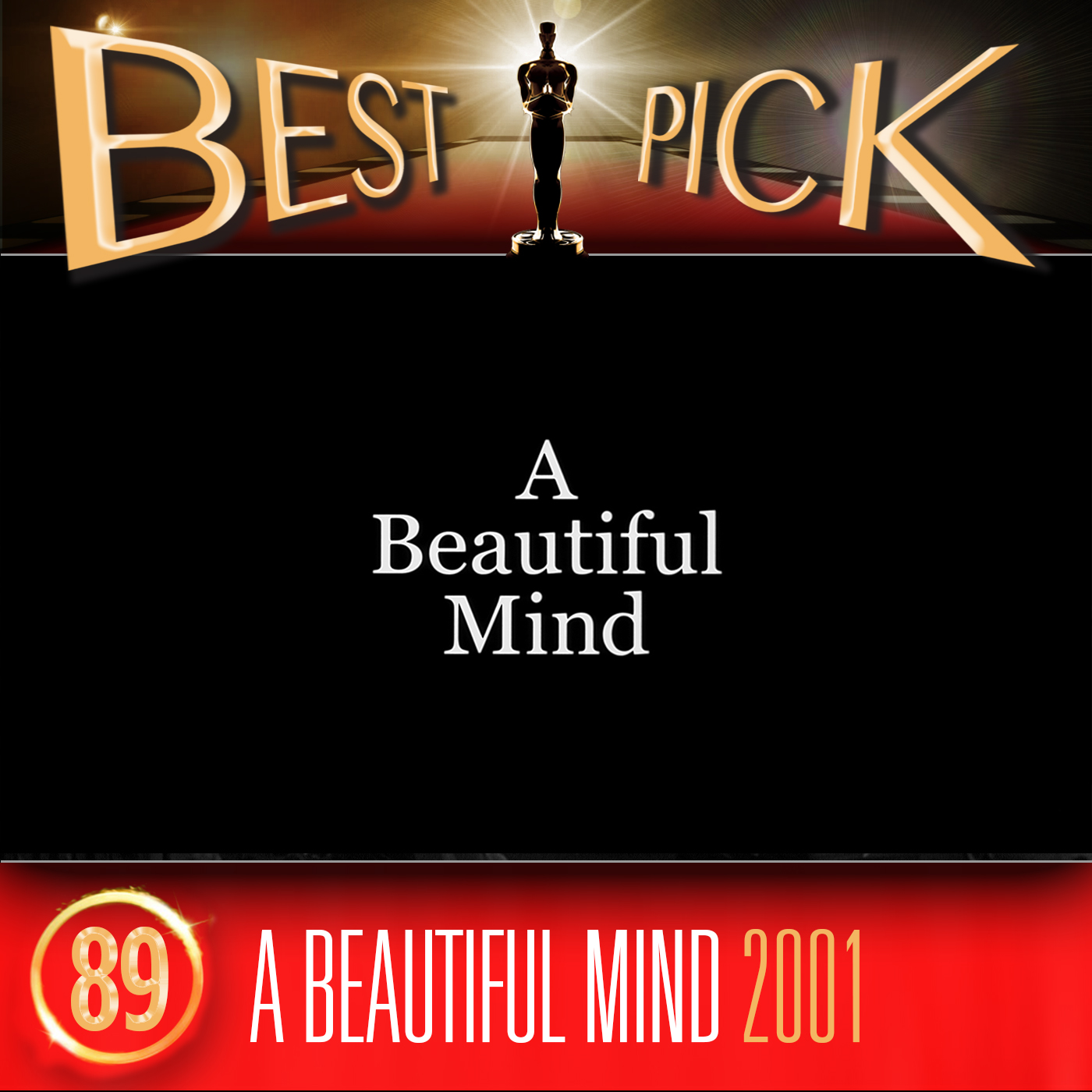 For this episode, we watched A Beautiful Mind, which won Oscars for its screenplay by Akiva Goldsman, its director Ron Howard and Jennifer Connelly as Best Supporting Actress. It did not win an Oscar for its star Russell Crowe and the cast also included Paul Bettany, Ed Harris and Christopher Plummer. Music was by James Horner and the cinematography was by Roger Deakins.

Next time we will be discussing Spotlight. If you want to watch it before listening to the next episode you can buy the DVD or Blu-Ray on Amazon.co.uk, or Amazon.com, or you can download it via iTunes (UK) or iTunes (USA).