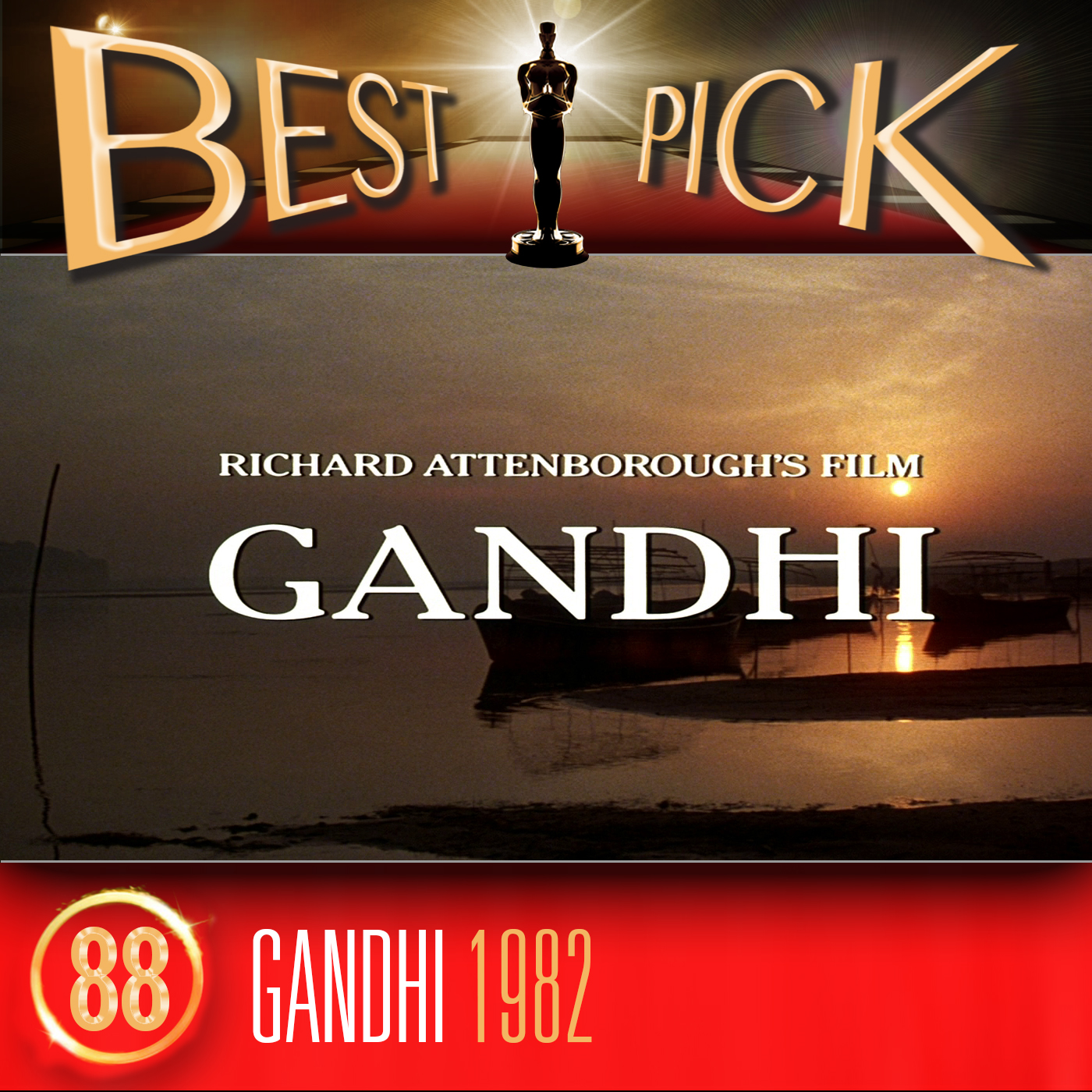 For this episode, we watched Gandhi, written by John Briley and directed by Richard Attenborough. It starred Ben Kingsley as Gandhi with support from Rohini Hattangadi, Roshan Seth, Pradeep Kumar, Saeed Jaffrey, Candice Bergen, Edward Fox and John Gielgud, among many others. From its 11 nominations, it managed to win eight Oscars including Best Director, Best Original Screenplay, Best Actor for Kingsley, Best Art Direction and Best Cinematography.

Next time we will be discussing A Beautiful Mind. If you want to watch it before listening to the next episode you can buy the DVD or Blu-Ray on Amazon.co.uk, or Amazon.com, or you can download it via iTunes (UK) or iTunes (USA).