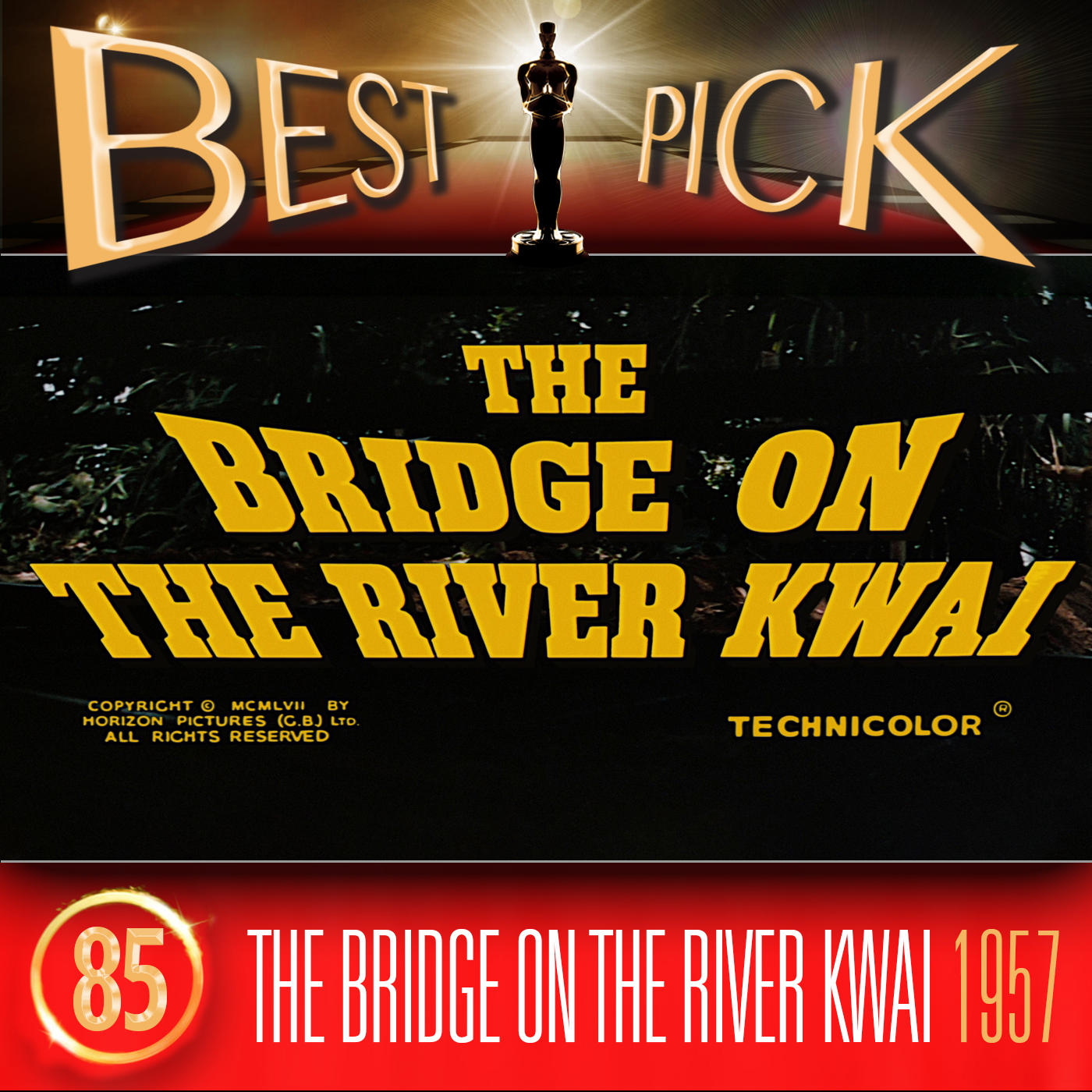 For this episode, we watched The Bridge on the River Kwai, written by Carl Foreman and Michael Wilson, based on the book by Pierre Boulle. The director was David Lean and the stars were William Holden, Alec Guinness, Jack Hawkins and Sessue Hayakawa. From eight nominations, it won seven Oscars, including Best Director, Best Actor for Guinness and Best Adapted Screenplay.

We’re thrilled to announce a special one-off live stream show in which you will be able to see our faces as well as hear our voices.

Thanks to our lovely friends at House Seats Live, we’re going to be joined by special guests Rachel Bloom (Crazy Ex Girlfriend), Melissa Fumero (Brooklyn 99), Michaela Watkins (The Unicorn), John Ross Bowie (Big Bang Theory), and more to look back at 92 years of Academy Award winning films to pick out the very best of the best in different categories. It’s the first annual “Super Oscars.”

Next time we will be discussing Parasite. If you want to watch it before listening to the next episode you can buy the DVD or Blu-Ray on Amazon.co.uk, or Amazon.com, or you can download it via iTunes (UK) or iTunes (USA).